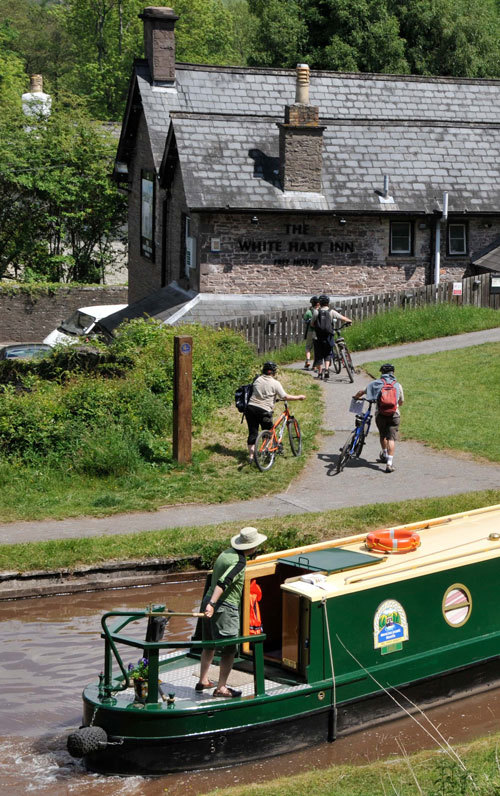 Talybont-on-Usk, as the name suggests, is situated close to the river Usk, as well as being adjacent to the Monmouthshire & Brecon Canal. About seven miles from Brecon, towards the northern end of the waterway, the small village is not short of anything; there’s a reservoir, mountains, woods, waterfalls, plenty of wildlife, local arts and crafts, a village shop and wi-fi cafe, four excellent pubs and some very dark skies for stargazing. Here are some other things you should know.

Talybont-on-Usk is proud to have developed the first community-owned hydro scheme in Wales. The turbine works off the compensation flow from Talybont Reservoir, high above the village. If you walk along the reservoir dam, you can look down and see the turbine house and read all about the scheme. The villagers sell the electricity to the National Grid and use the income to fund innovative sustainability projects in the village. They’ve also installed solar panels on the roof of the community hall, and operate a community eco car-share scheme – with a community electric van called Heulwen (Welsh for ‘sunshine’) and a community car running on recycled chip oil called Mr Chips!

Local photographer Nigel Forster, who specialises in landscape photography, runs photography courses in the Brecon Beacons. His corporate commissions included the NATO Summit held in Newport in 2014, which was an amazing opportunity to show off the beauty of the Brecon Beacons to the world’s leaders.

The Brinore Tramroad runs for approximately 8 miles between the canal at Talybont-on-Usk and the village of Trefil in the South Wales valleys. Opened in 1815, it linked the Tredegar iron works and Trefil limestone quarries to what was then called the Brecon and Abergavenny canal. Its route passes through the dramatic and scenic valleys of Talybont and Dyffryn Crawnon before reaching the uplands of Trefil mountain. During its short-lived operational life, horse-drawn trams ran on a track of cast iron plates held parallel by tie bars. The development of the tramroad is linked to the canal and its demise was heralded by the opening of the Brecon & Merthyr railway in 1863. Today, it’s a well-trodden route for walkers with super views; it leaves the canal behind the White Hart Inn public house. 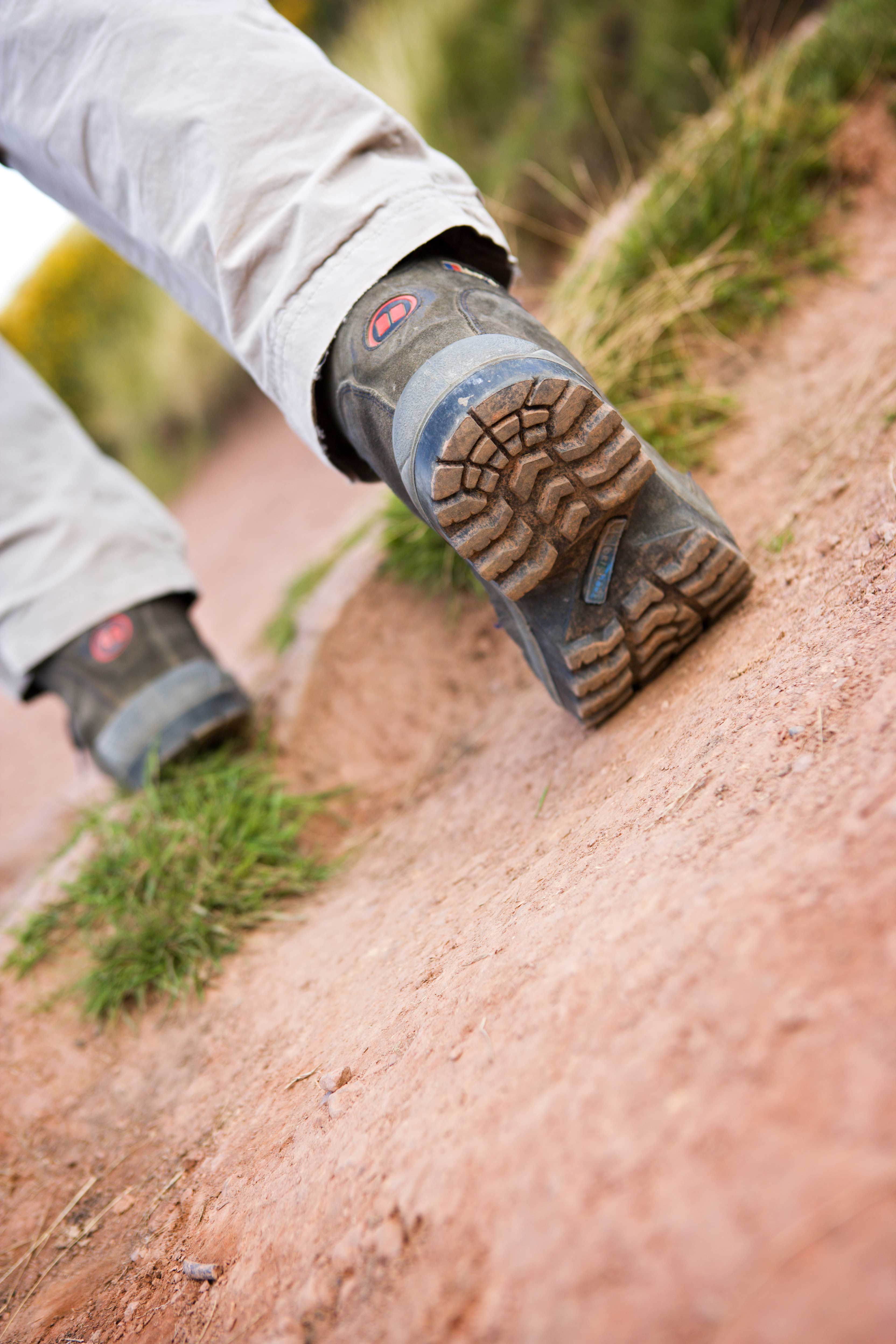 Two challenging walks pass through the village. The 48-mile Usk Valley Walk follows the course of the river from Caerleon (close to where the Usk flows into the river Severn) to Brecon. The 95-mile Beacons Way crosses the National Park from the Skirrid mountain near Abergavenny to Bethlehem (the one in Carmathenshire). It takes you across some of the most varied and beautiful upland landscapes in Great Britain and includes Pen y Fan, the highest point in southern Britain. Experienced walkers do it in eight days; others prefer to do it in chunks, perhaps as eight separate linear walks.

The Swan of the Usk

Scholar, poet and doctor, Henry Vaughan, was born at Newton Farm across the valley from Talybont-on-Usk in 1621. One of twins, his brother Thomas was a priest and alchemist. Their childhood was spent in this beautiful setting, but the Civil War (in which they fought for the King) tore their world apart. Reinventing themselves afterwards, Henry as ‘Silurist’ and Thomas as ‘Eugenius Philalethes’, they published over a dozen devotional, alchemical medical and poetic volumes. Ultimately recognised as one of the greatest confessional, visionary poets, Henry influenced many later poets including Wordsworth and Siegfried Sassoon. The popular Henry Vaughan walk starts by the side of The White Hart Inn in Talybont-on-Usk and is a gentle 2.5 mile stroll through the scenic, historic and poetic landscape. Perfect for families, there are herb gardens to discover, fields, meadows and the river Caerfanell to cross. Look out for extracts of poetry on posts along the route. There’s even a geocaching route, developed by a local resident, which includes the Vaughan brothers.

This is one of a series of blogs about places worth visiting along the canal. Check out Llanover too and take a look at what else there is to see in the Brecon Beacons National Park.