A huge thank you to everyone who helped Alasdair smash his fundraising target for Barnardo’s. At last Sunday’s London Marathon he raised a whopping total of £2,529.24 including gift aid.

Sadly, however, London 2015 was not the day Alasdair had hoped for. After 14 weeks of training he suffered a knee injury with just seven days to go and had to forgo the last week of training. So he arrived on the start line with fingers crossed. Despite initial grumblings from his knee the first eight miles went well. He was on pace for his planned sub-3-hour target time. But then, to his surprise, his other leg started to suffer and his pace had to drop. It was a huge mental decision... whether to quit or struggle on to the finish some 18 miles ahead. After much thought and a chat with a fellow sufferer, who reminded him it was all about finishing and not simply the time it took, Alasdair decided he would complete the course.

By mile 19 running became too much, so speed walking was the new challenge. This offered Alasdair an advantage – he could eat and drink on the way, as the crowds were fantastic in offering vast quantities of jelly babies! Propelled by these treats, he finished in an admirable 3 hours 43 minutes and 34 seconds. Not bad considering he walked the last 5 miles! 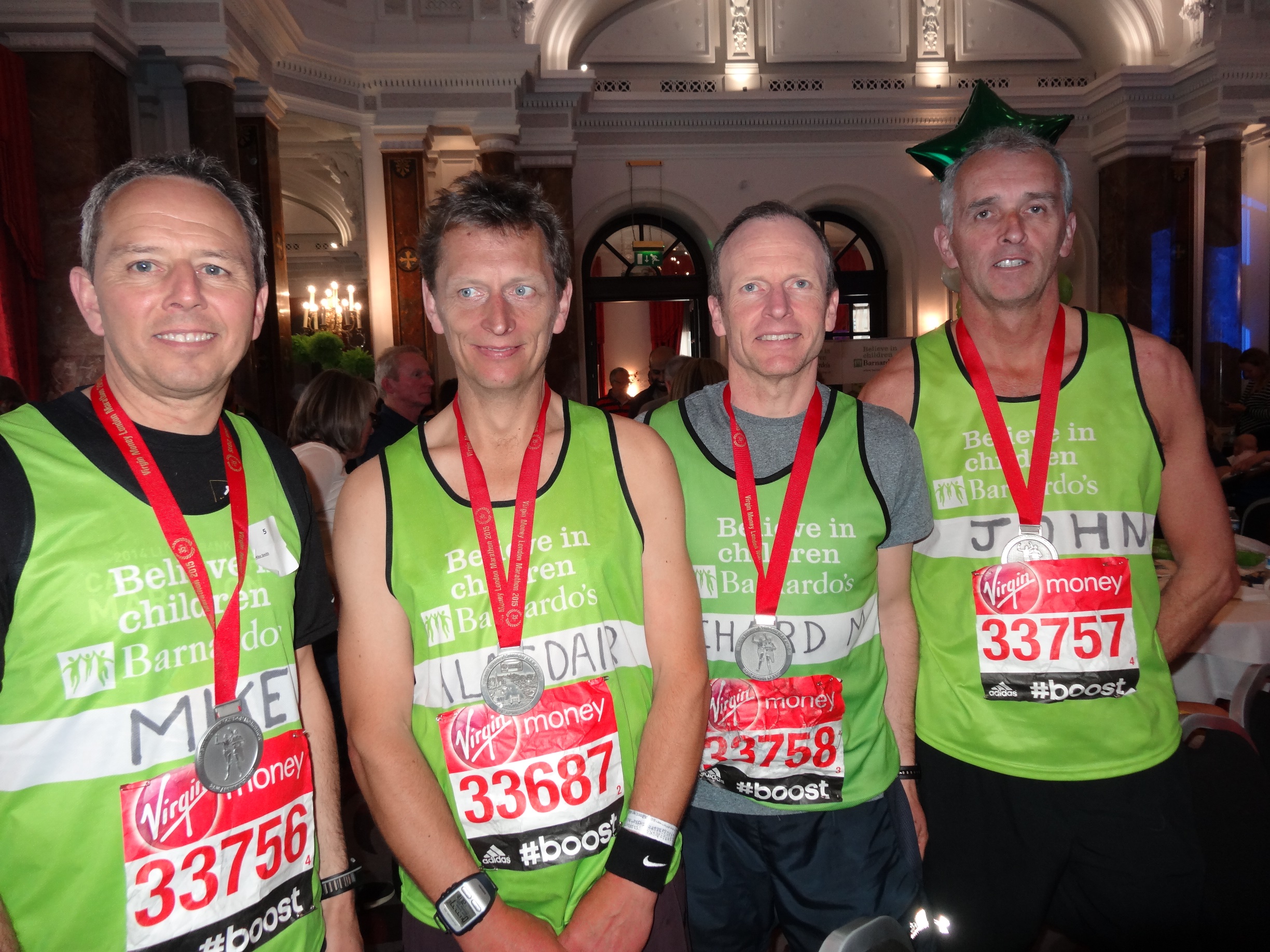 Alasdair took part with three friends from Llanfoist, John, Richard and Mike, who all finished and each raised over £1,700 for Barnardo’s.

Five days on and still hobbling around rather painfully, Alasdair is delighted with the financial support he received, raising far more than his target of £2,000. And, as you would expect from Alasdair, he’s starting to talk about next year! You may have heard that 2015 was going to be his one and only marathon. But being as 2015 does not count (due to injury!), Alasdair is already planning 2016! And so he apologises in advance as he will be back seeking to raise more money for charity next year … you have been warned.