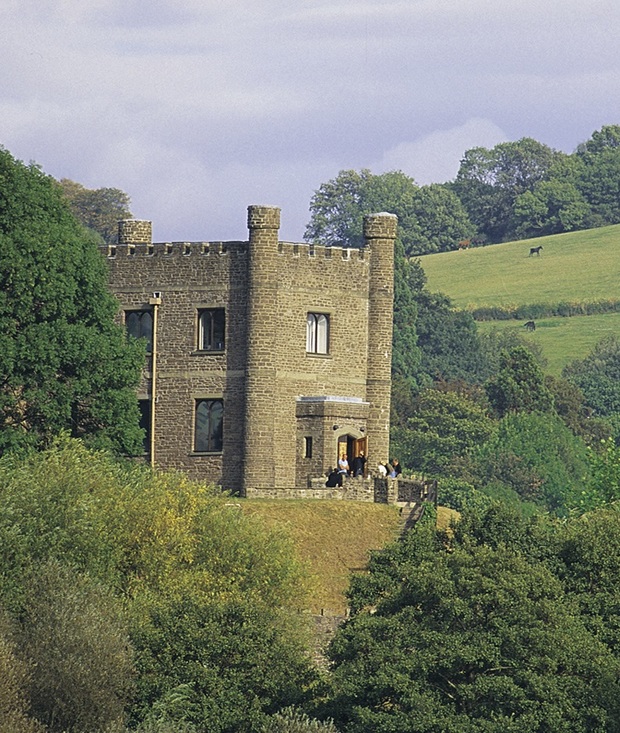 Not far from the Monmouthshire & Brecon canal are a number of delightful outdoor venues which host theatre productions and other entertainment during the warmer months. Here's what you can see this summer.

6 & 9 July, The Tempest by William Shakespeare, Tretower Court and Castle

Watch Taking Flight Theatre's unique take on The Tempest. Join the Magic Staff Liner Corporation and indulge yourself with a jaunt on the newest addition to their fleet - their number one luxury ocean liner, The Remembrance. Let their crew take care of your every worry, your every woe on their 10 year anniversary cruise to the Island that Time Forgot. Lots of laughs, physical comedy and live original music.

While the iron being was made in Victorian Wales, what was happening when it reached the other side of the ocean in America, using the same Welsh iron?!  At this free event, you'll find the Welsh connection in American history. Union and Confederate military camp & drill displays, living history, firepower demonstrations & skirmishes.

Based on the timeless Hans Christian Andersen story, Illyria first performed this show in 2000 when it was Critic's choice at the Edinburgh Fringe festival and attracted multiple 5-star reviews on a sellout UK tour. The Emperor is a lovely man, but he’s not the best judge of character, and is often surrounded by idiots. What keeps him sane is the monthly Grand Parade at which he wears his newest outfit. When two swindlers spin a yarn and everyone is taken in, what price will he have to pay? There is no nudity in this production, though one of the actors may be a little chilly! Suitable for children aged 5+ and their families.

5 August, The Comedy of Errors by William Shakespeare, Abergavenny Castle

In the bard's shortest, funniest and most rumbustious comedy, two sets of identical twins, separated at birth, unknowingly end up in the same city, and through a series of change meetings their lives and sanity begin to unravel! Performed by Illyria, one of the UK's major open-air touring theatre companies. In this production, the action is relocated to Mexico, and includes a five-piece Mariachi band, complete with ponchos and sombreros. Suitable for adults and children aged 5+.

Four intrepid explorers, led by the redoubtable Professor Challenger, travel to an uncharted plateau in South America, where they come across terrifying dinosaurs that were thought to be extinct. Prehistoric thrills, monster laughs and life-size dinosaurs abound in this production by Illyria which is recommended for older children and their families.

7 August, The Mikado by Gilbert and Sullivan, Abergavenny Castle

Another production by Ilyria, the first open-air touring company to add operetta to its outdoor theatre season. It's performed by a cast of six actors/singers, accompanied by the musical director on keyboards. They have been performing Shakespearean comedies for 26 years, and are the only UK open-air touring company to have won no less than 4 international awards! Suitable for adults and children aged 5+.

Step back to the era of Raglan Castle’s beginnings, as The Beaufort Companye brings the 15th Century to life with living history, combat displays, shining knights and colourful characters.


For more events in the area, browse our suggestions.