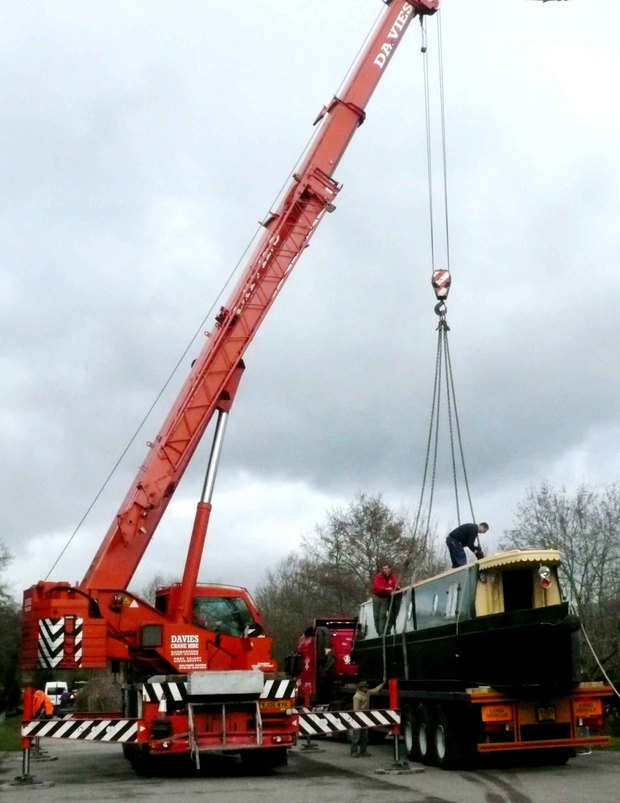 If you've been following our blog during the past 10 months you'll know that each year we design and build a new addition to our fleet. Back in July 2014 we started work on Hawk - a traditional narrowboat for up to 6 people - and we've written a number of updates about her progress. However, it's only now that we're getting around to giving you the final instalment in the story of Hawk's development.

After a hectic few final weeks of work we were ready to launch Hawk onto the canal in early March. We carefully inched her out of our industrial unit in Llangattock and craned her onto a lorry for the 2-mile journey to the Mon & Brec canal at Gilwern. 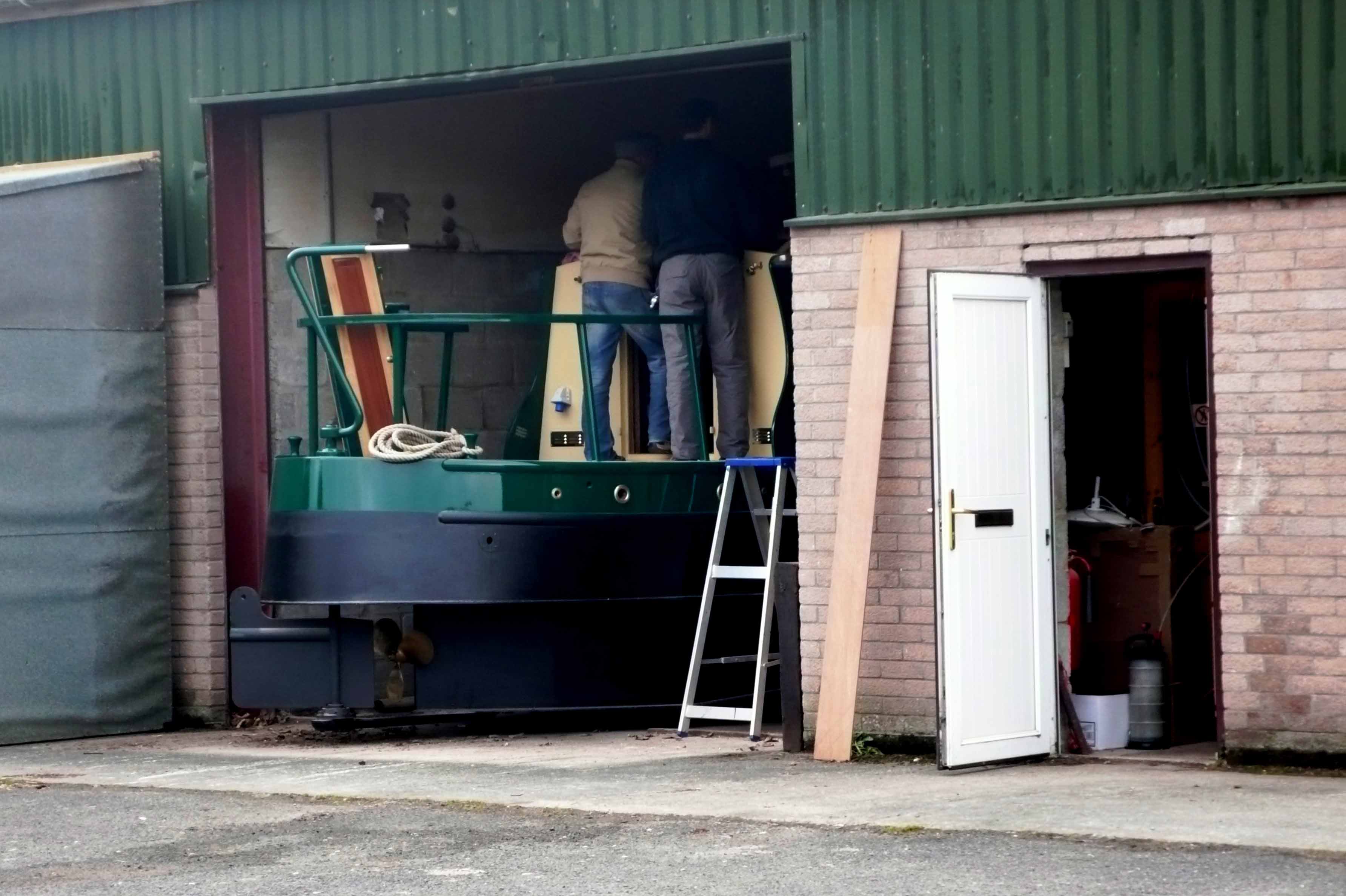 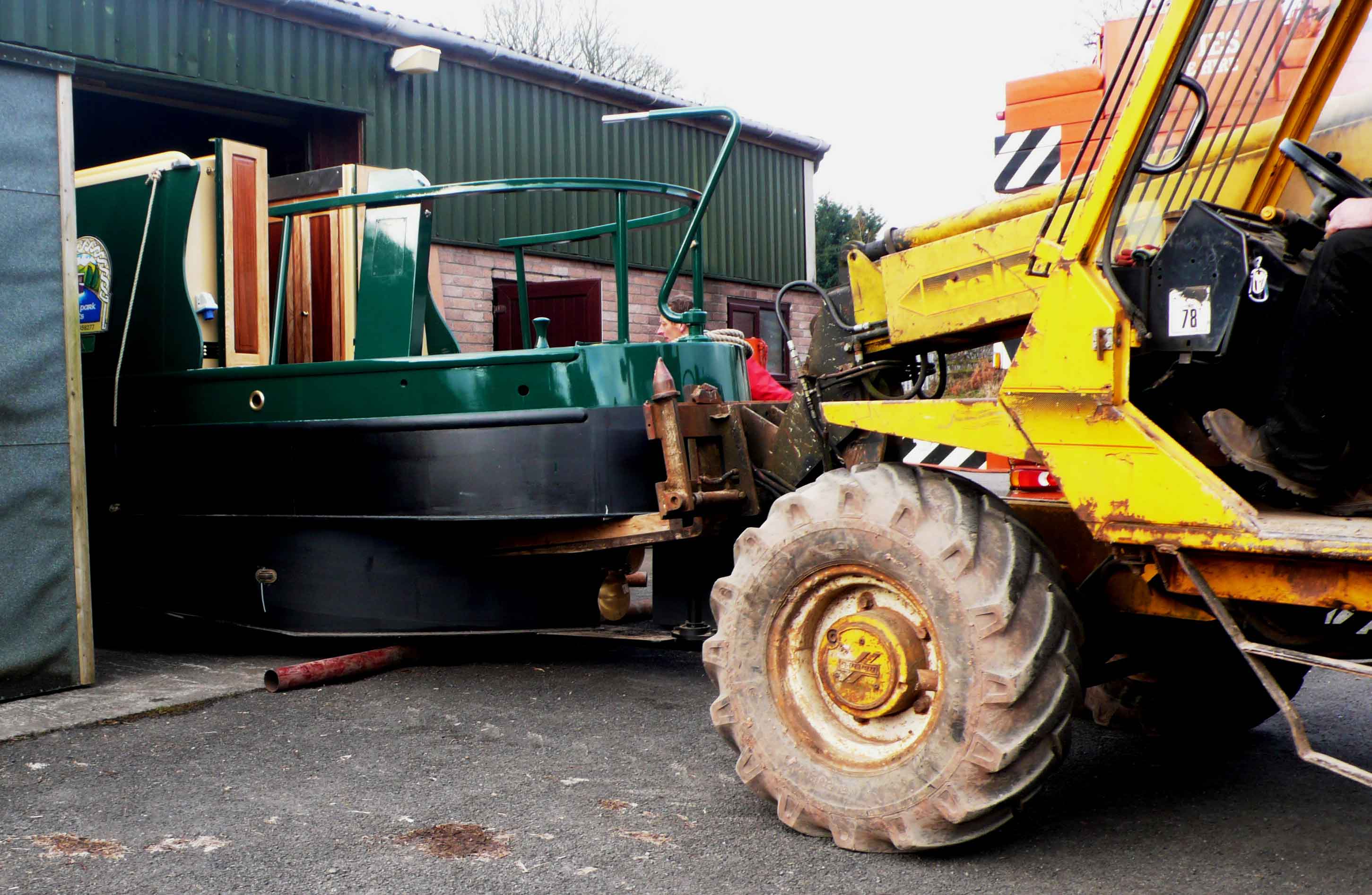 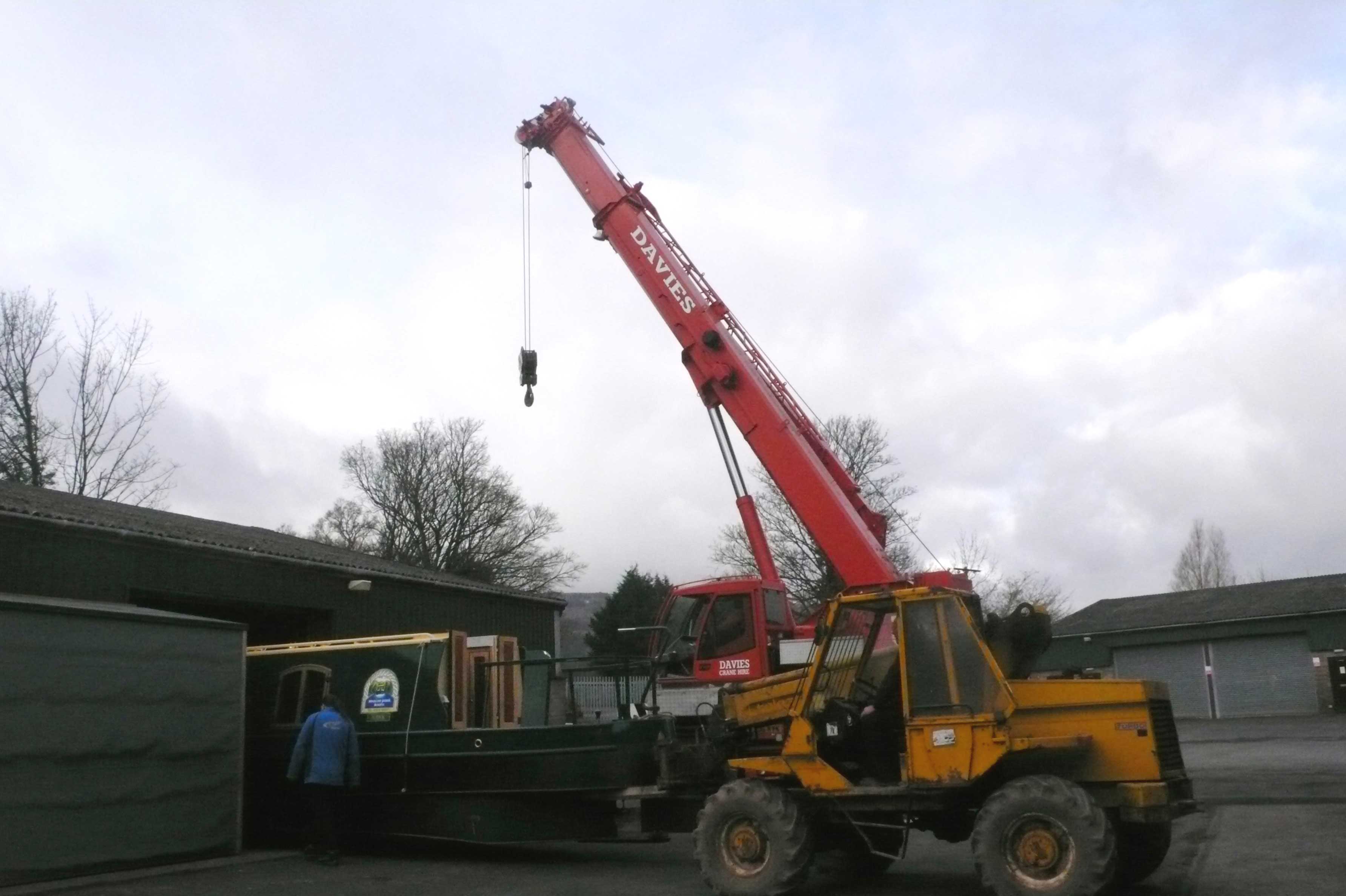 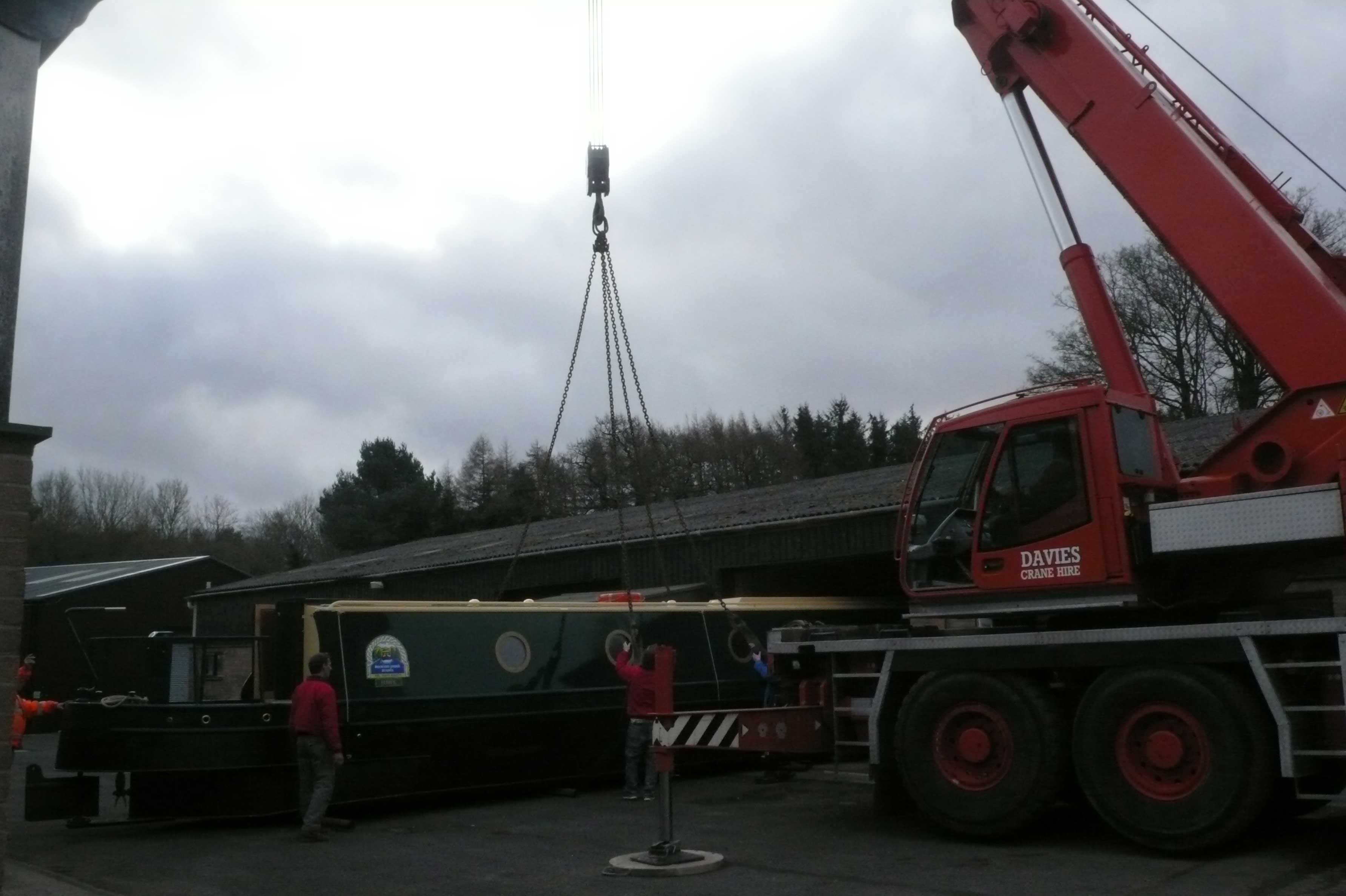 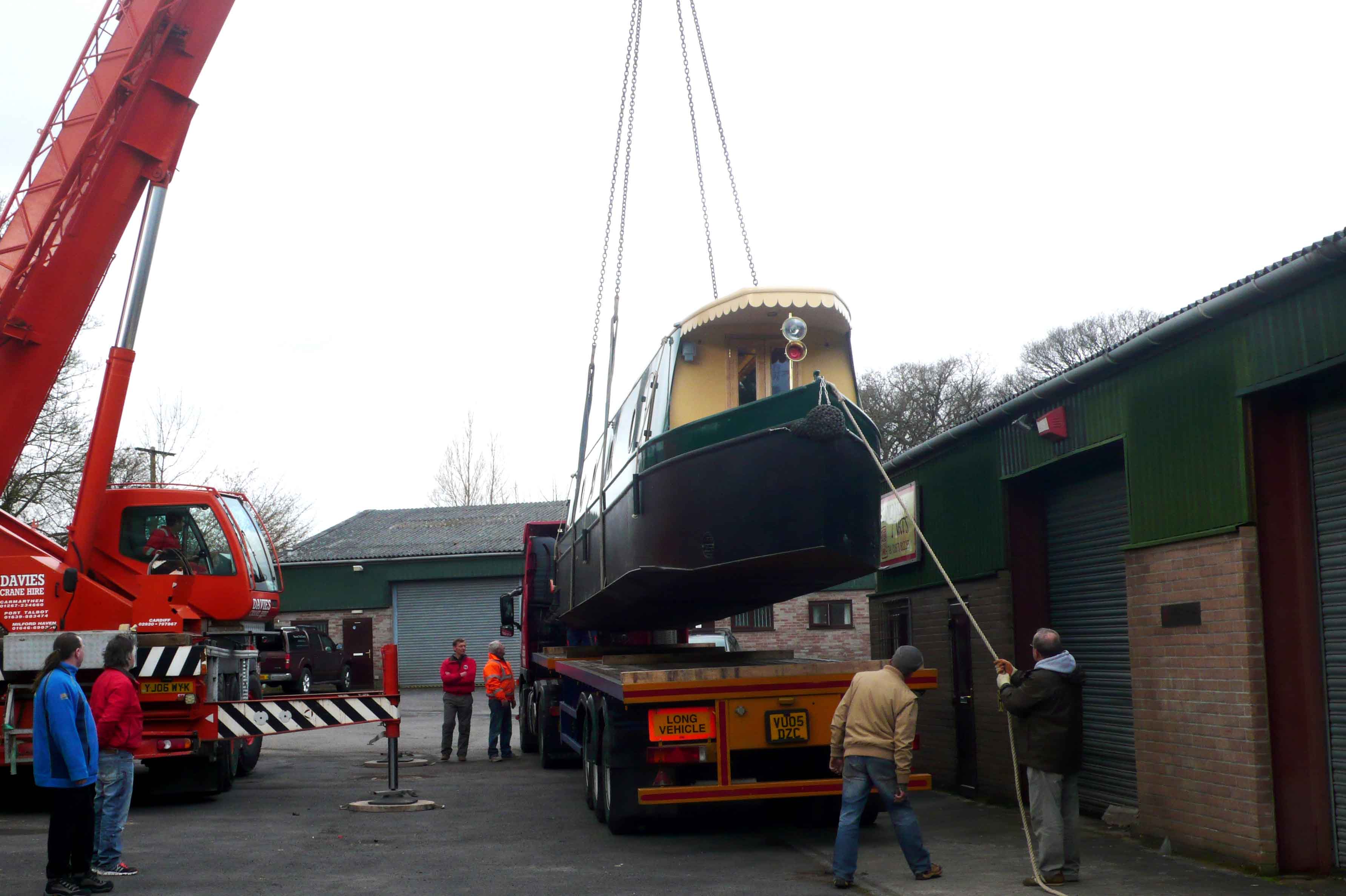 Then the crane gently lowered her onto the canal, stopping a few inches above the water for our tradition of the naming ceremony! 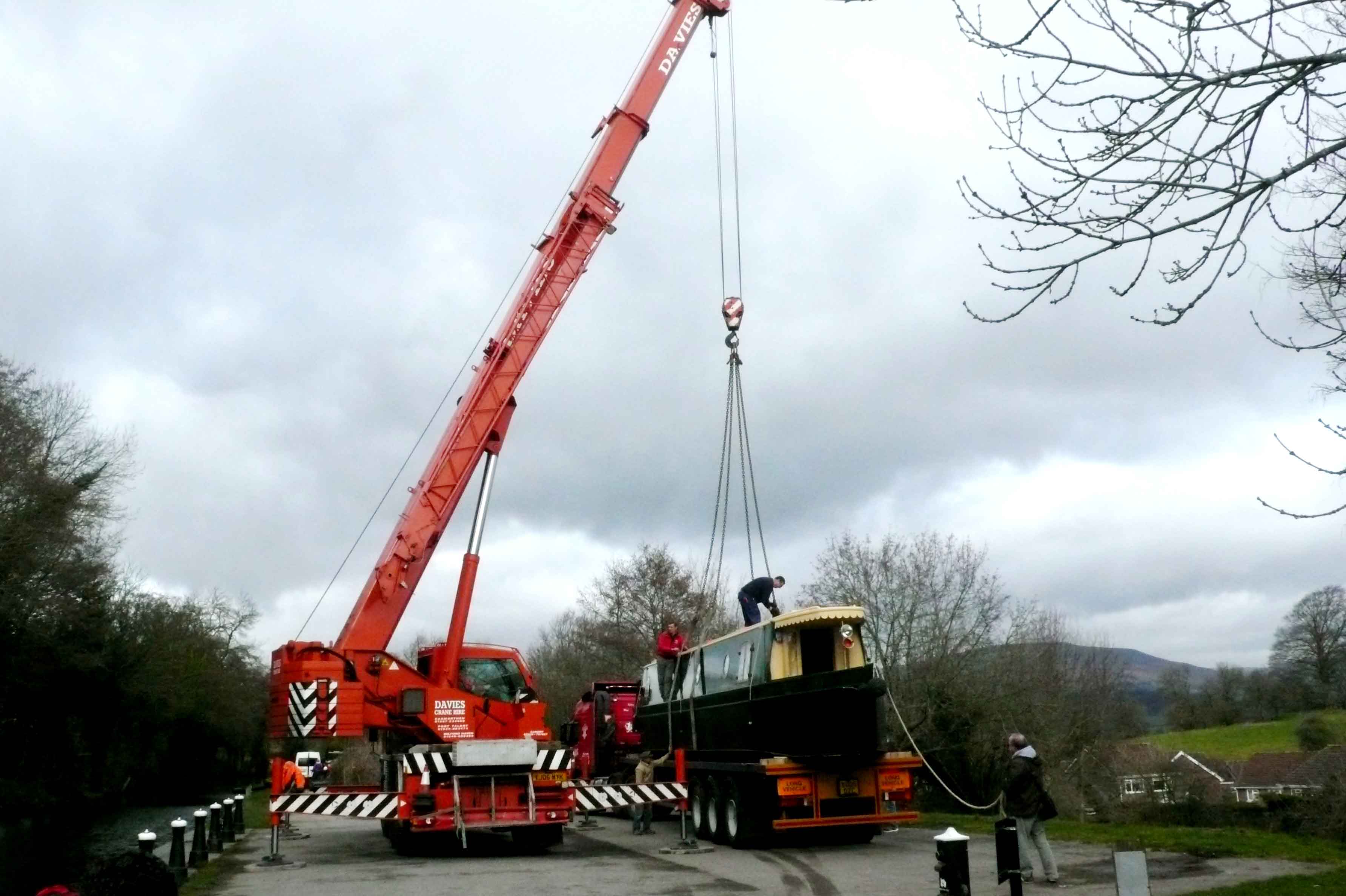 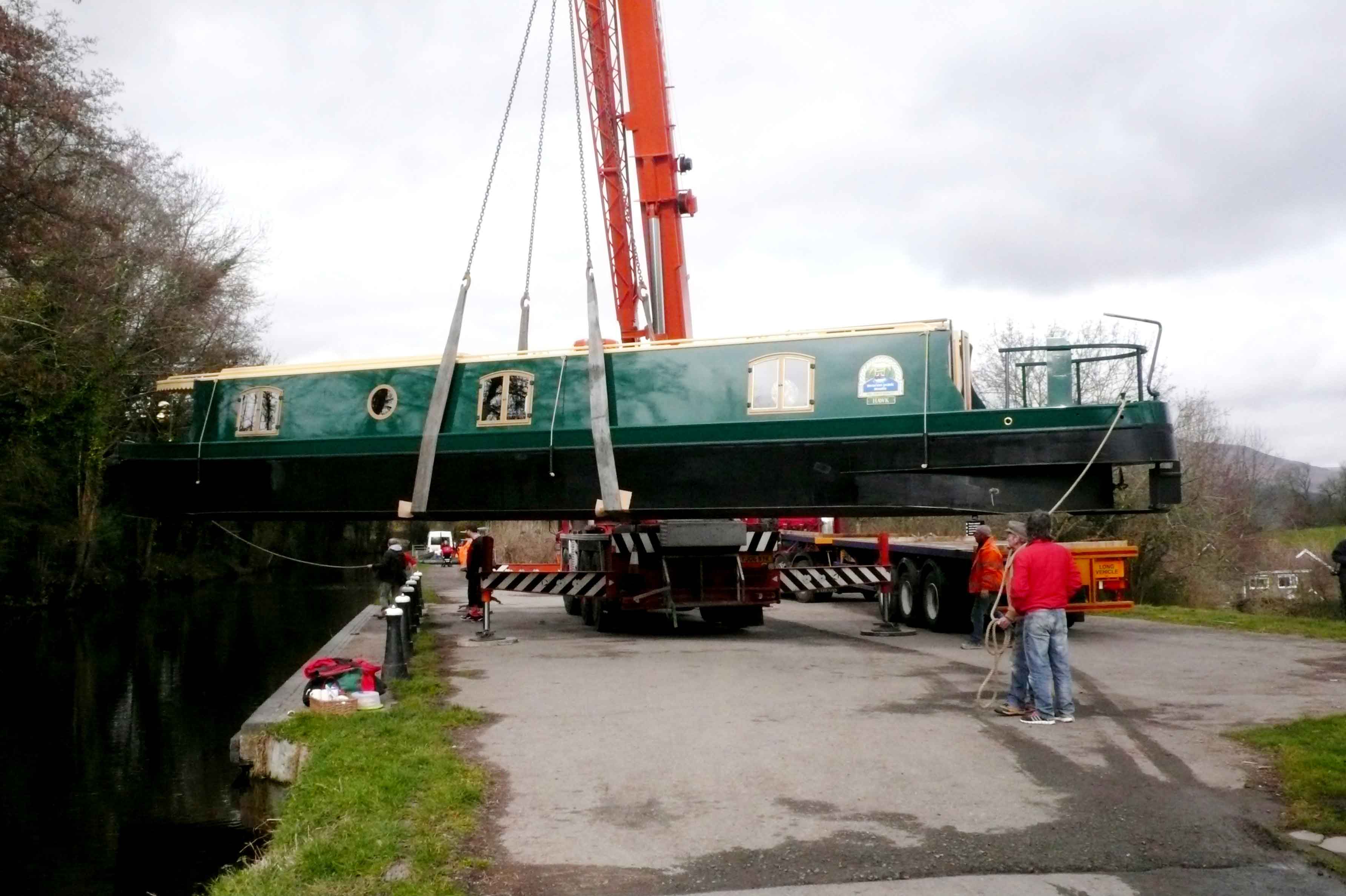 Sarah smashed a bottle of bubbly on the bow and named the boat 'Hawk' before the narrow boat was lowered the final few inches onto the canal. 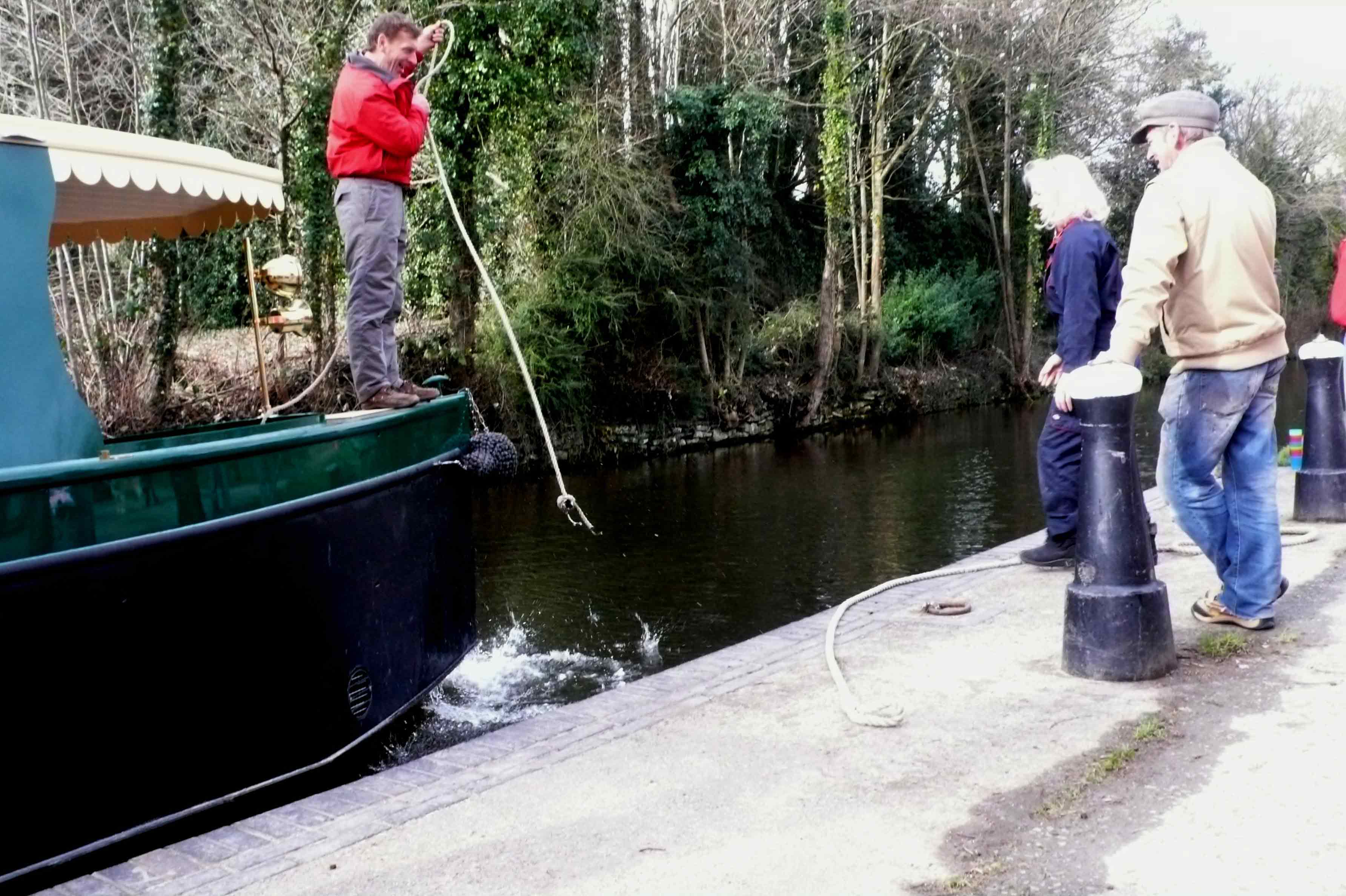 There was a quick check for leaks before we set off on the cruise to our base at Llanfoist Wharf. 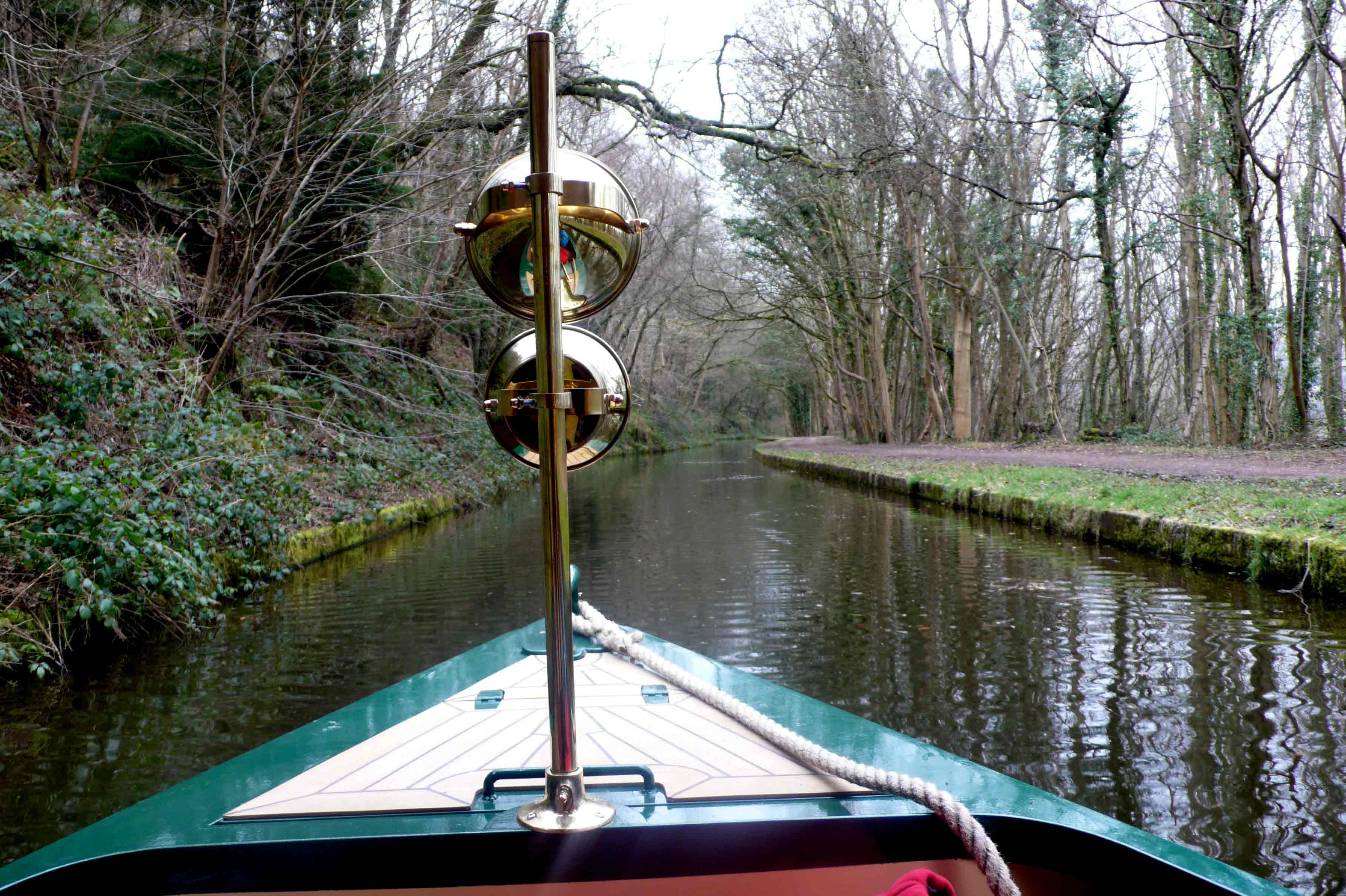 Our very good friends, John and Francoise, had the privilege of taking Hawk out for a week’s 'sea' trials. They returned with nothing to report, other than how well she handles and how comfortable the beds are!

Just two days later, the first customers were boarding Hawk for a holiday. We were delighted that our most regular customers (who come all the way from Finland), were once again taking our newest boat on its first official trip. They have been visiting Beacon Park Boats twice a year for the past seven years. On their first trip of the year they always try out the 'new' boat and produce lots of invaluable feedback for us. Their second visit tends to be in early summer for two or three weeks on their favourite boat, Osprey.

With Hawk happily cruising up and down the canal we've turned our attention to next year's new boat. She's called 'Merlin' and at the moment she's just a steel shell. We'll tell you more about her in the coming months but, for now, take a look at the finished Hawk in this gallery of photos.