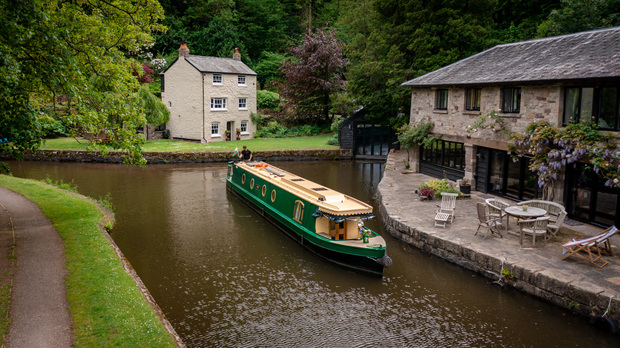 “Which way should we go?”  It’s a question often asked here at Beacon Park Boats, as customers set off on their adventures. Should they turn left as they leave the boathouse and head North to the Brecon Beacons, or turn right and South to the gentler scenery and deep history of the Usk Valley?

Our base in Llangattock is uniquely, almost dead centre of the 35-mile Monmouthshire and Brecon Canal, so either direction is a realistic option, even on a short holiday. And to make the choice even more enticing, we have a special offer for anyone who completes both sections in one year – read on to find out more.

Many of our customers decide to turn left and head North to see the highest mountain in Southern Britain, Pen y Fan. But we also advise them to consider taking the less-trodden path South. Turn right, and you’re met with some beautiful views and some of the most fascinating history to be found anywhere along any canal in the UK.  If you want to see a video about it, please click on this image. 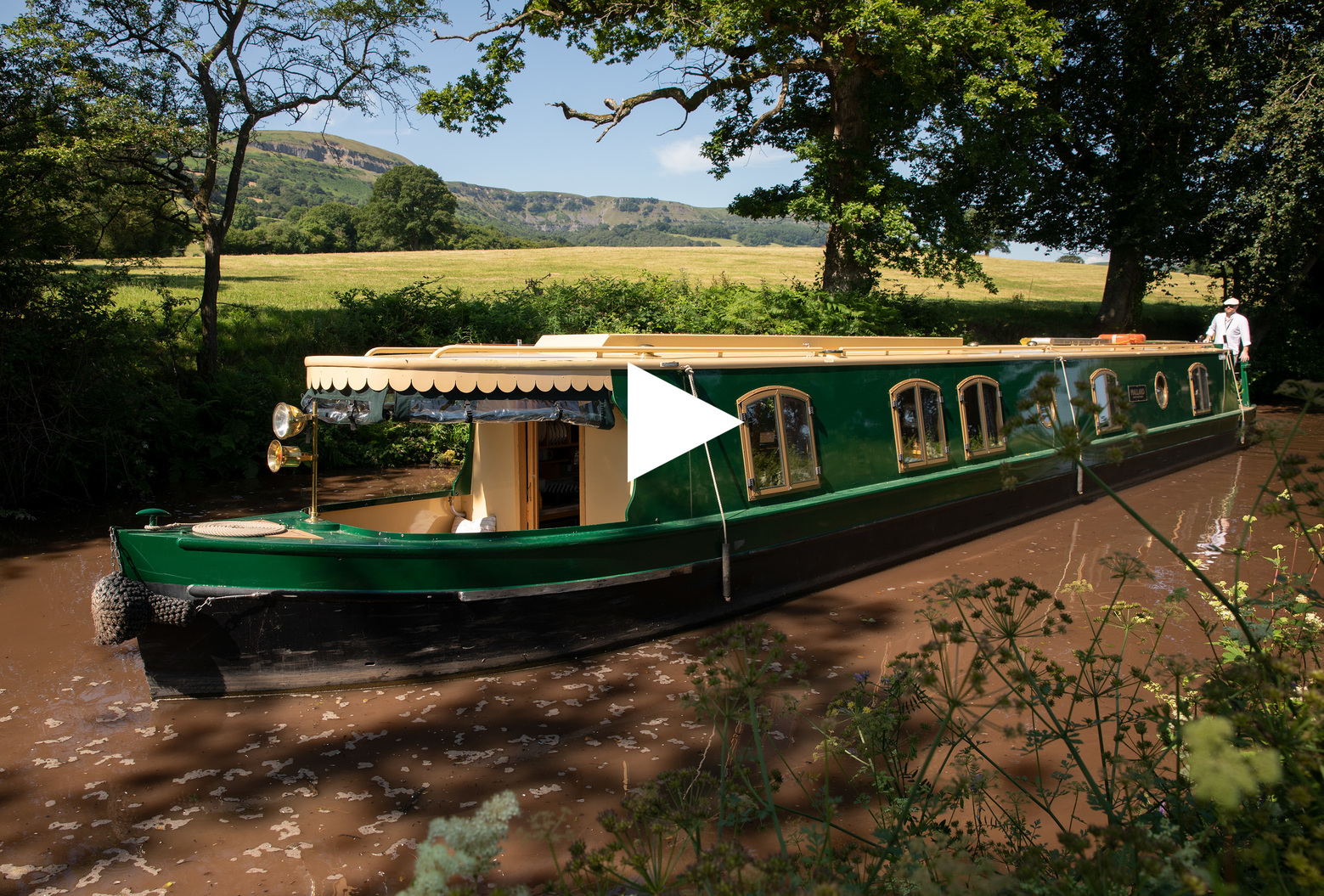 Heading South, you’ll pass the Sugar Loaf Mountain, as well as the Llangattock Escarpment, where lime was once quarried to be burned at canal-side kilns, before being transported away on the waterway. 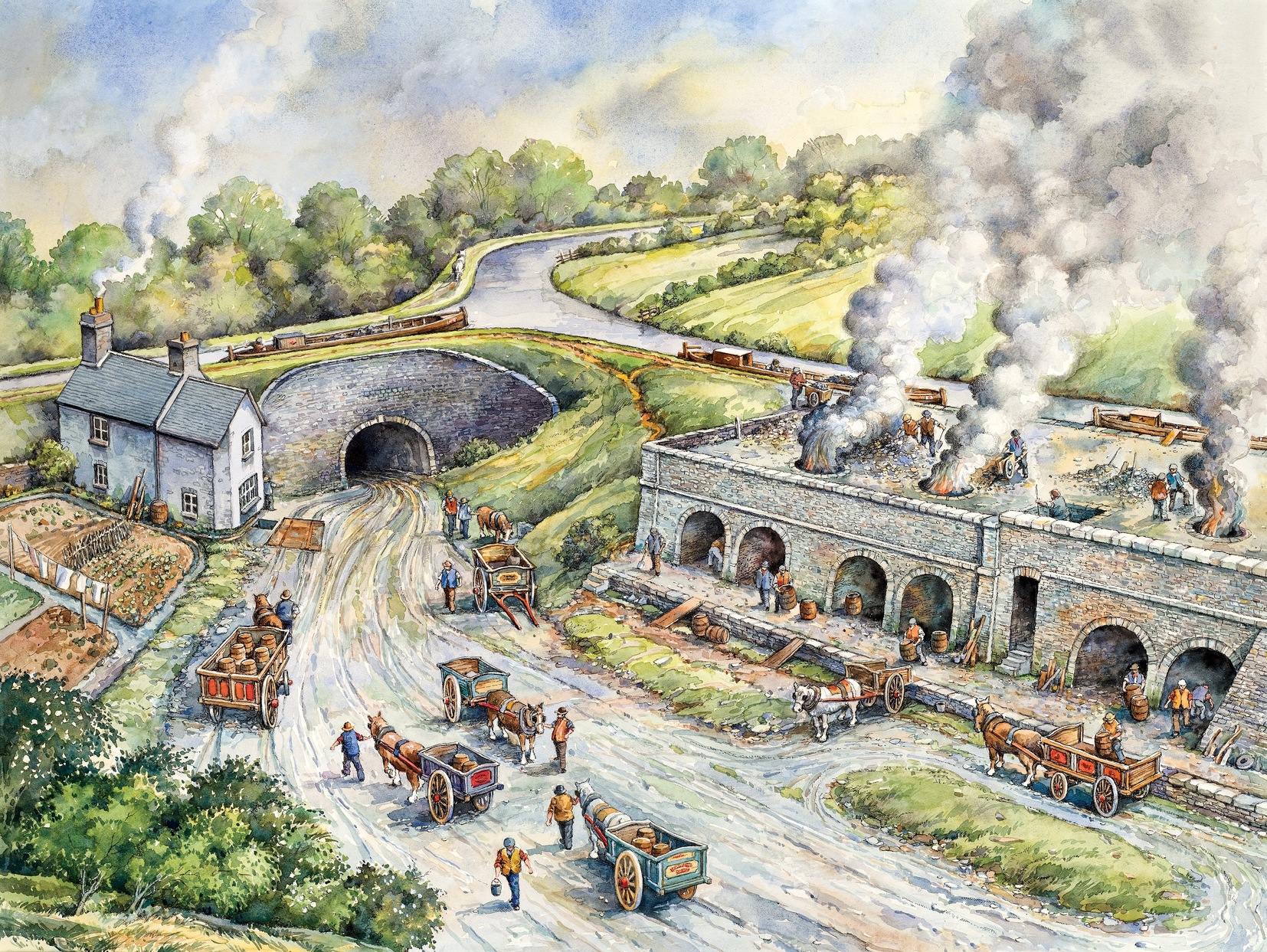 Cruising on through historic Llanfoist Wharf, the former home of Beacon Park Boats, and on past Abergavenny, you might want to take in views of Skirrid and the Usk Valley. Explore the surrounding countryside, and you’ll find evidence of tramroads and the World Heritage landscape of Blaenafon above, home to ironworks during the industrial revolution.  If you’re near Abergavenny in September, you’ll also be able to catch the Food Festival and stroll the town’s streets, sampling local foods. 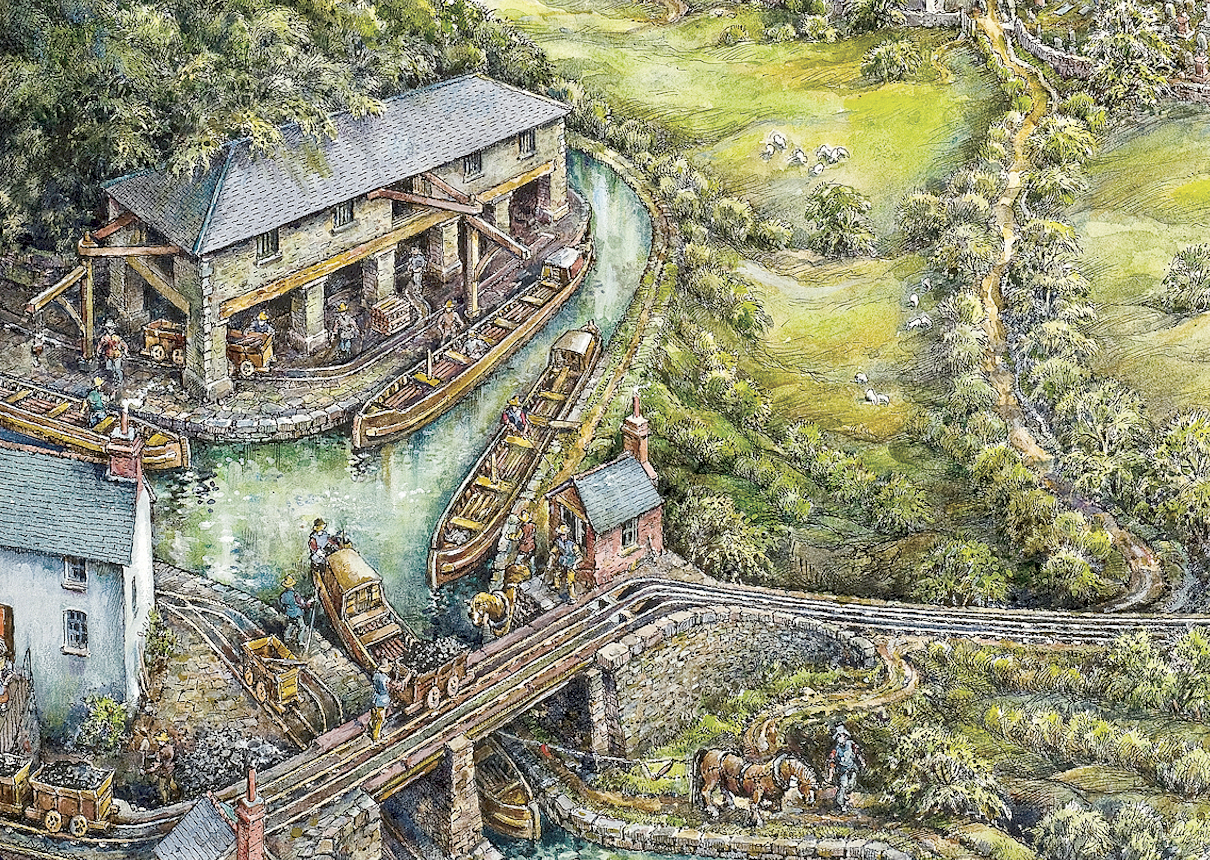 Goytre Wharf and lime kilns are a look into the 200-year history of the canal as well as being home to canal side, and woodland walks. If you find the wharf too busy, we can suggest mooring between bridges 70-71, a more secluded area away from any hustle and bustle but just a short walk from the Goytre Arms pub. 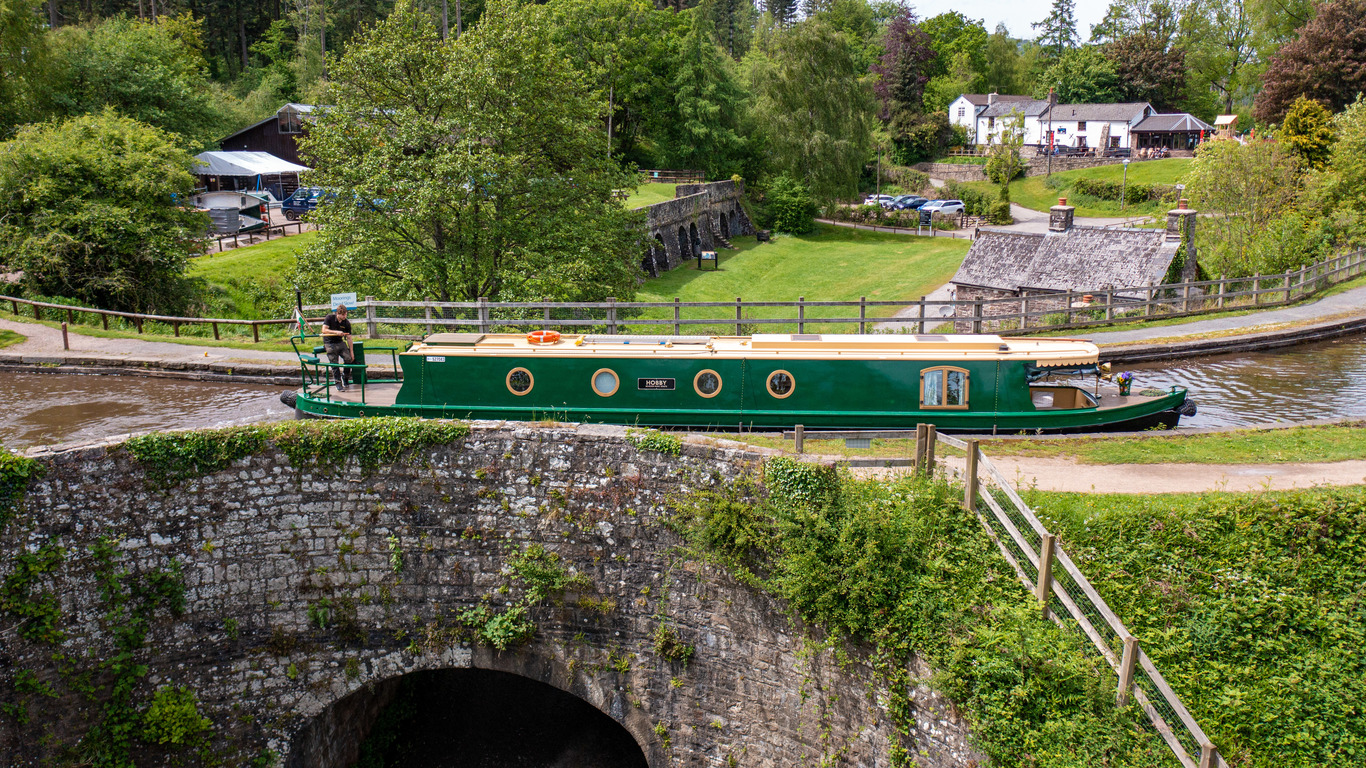 Heading further south, another historically significant area is Pontymoile, where the canal narrowed to slow boats down so they could pay their fee at the toll house.  It harks back to the time when the canal was a significant route for lime from kilns along its route and for raw materials for the South Wales ironworks and coal mines. Thankfully you won’t need to pay the toll today, but it still makes for a lovely area to explore. There’s also a basin where the Mon and Brec canal once met another waterway linking it to the town of Cwmbran. 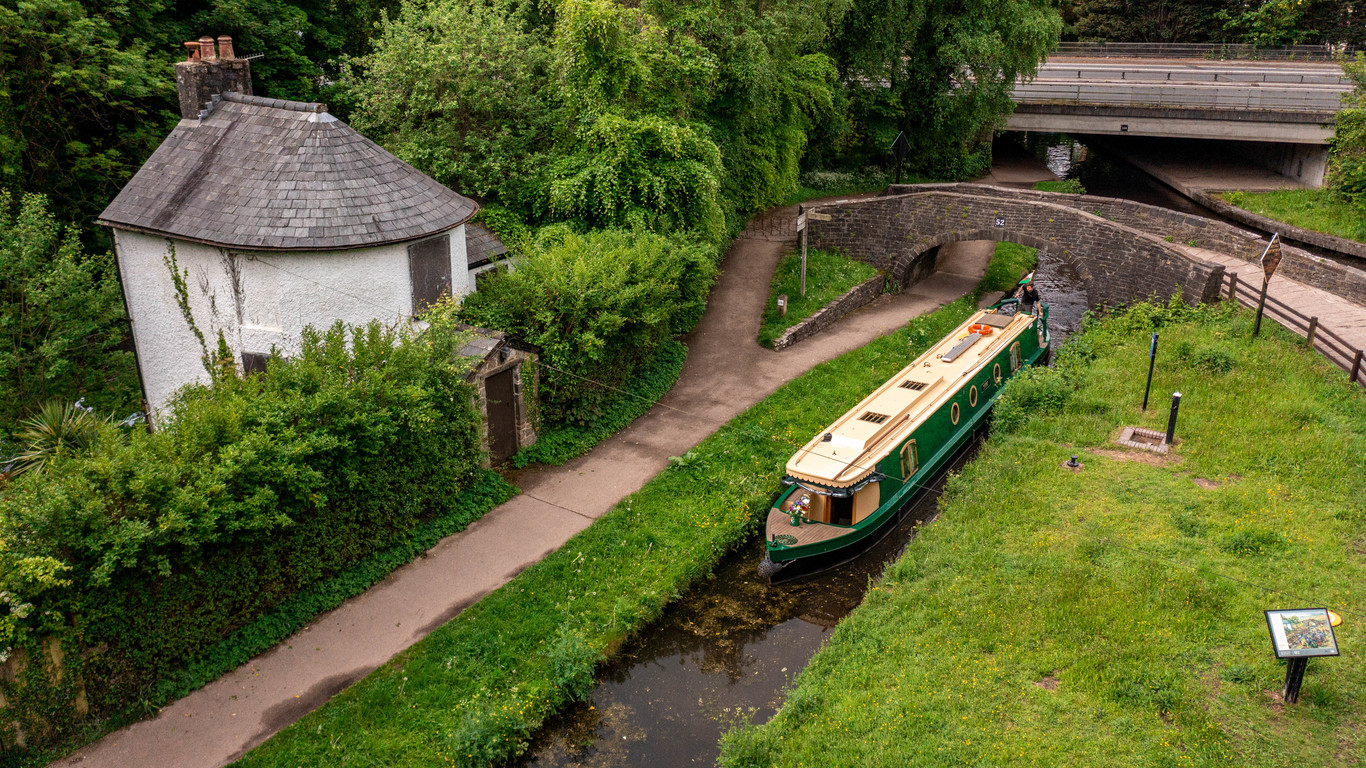 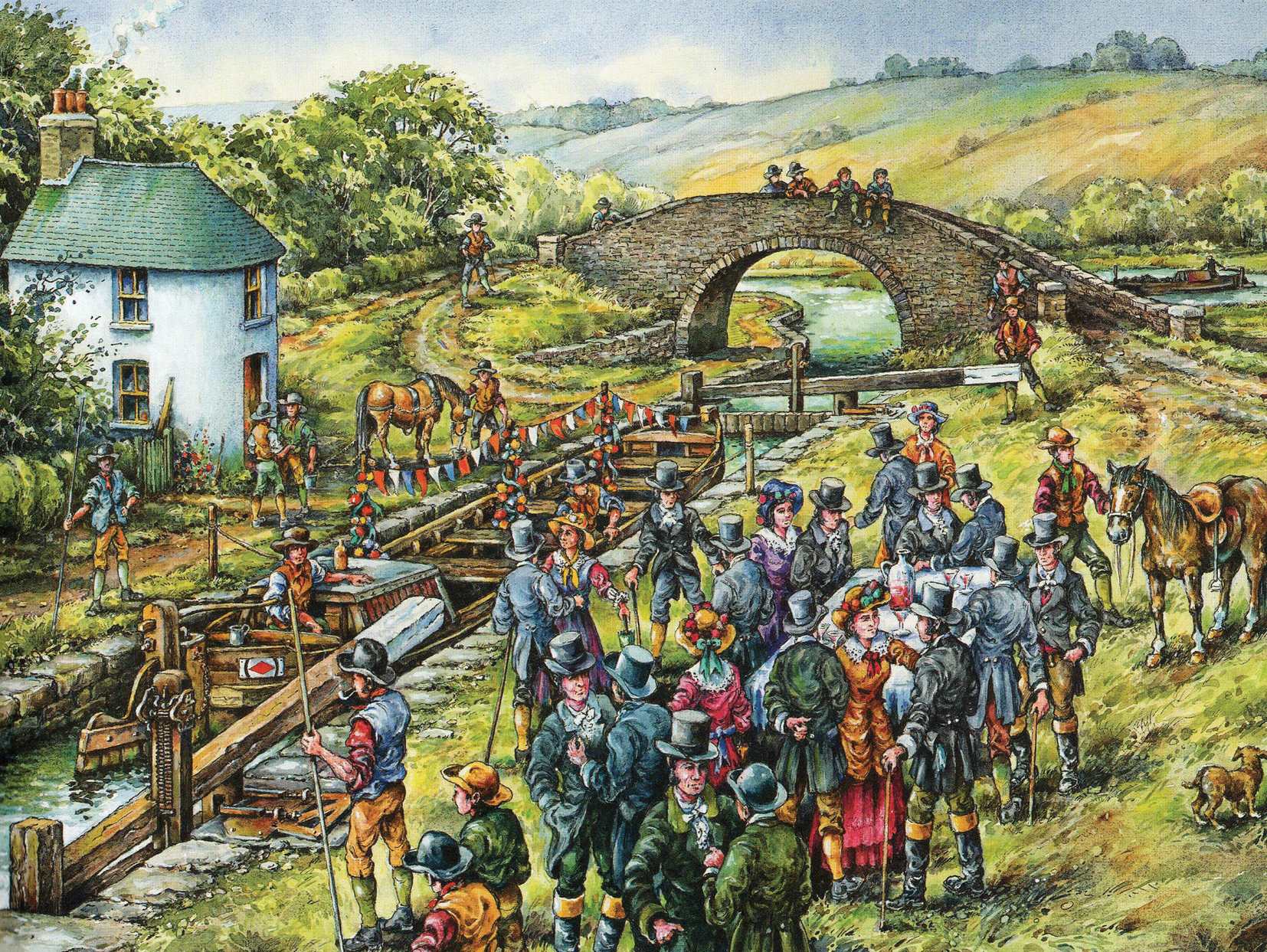 Many people who choose to head South enjoy a stop at The Open Hearth pub, with its canal side seating.  As this stretch of the canal has only recently reopened, they have opened a book for you to sign to record your journey. 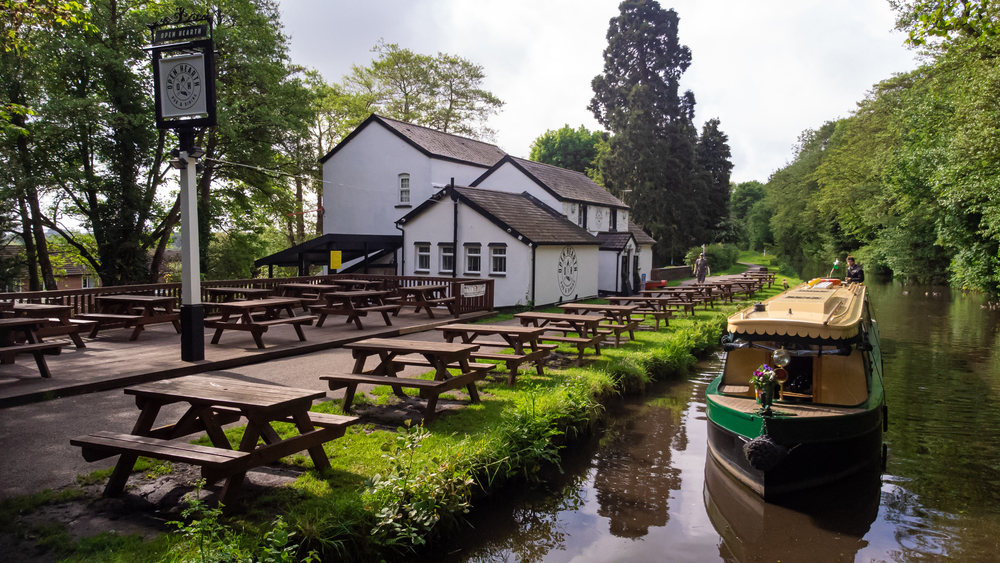 There are some notable landmarks going South, some of which are impossible to miss. You’ll need to duck under Crown Bridge, the lowest on the canal, followed swiftly by the Cwmbran tunnel. Your boat will, of course, be powered, but there was once a time when the boat's crew would lie on their backs and ‘walk’ the boat through the tunnel themselves. 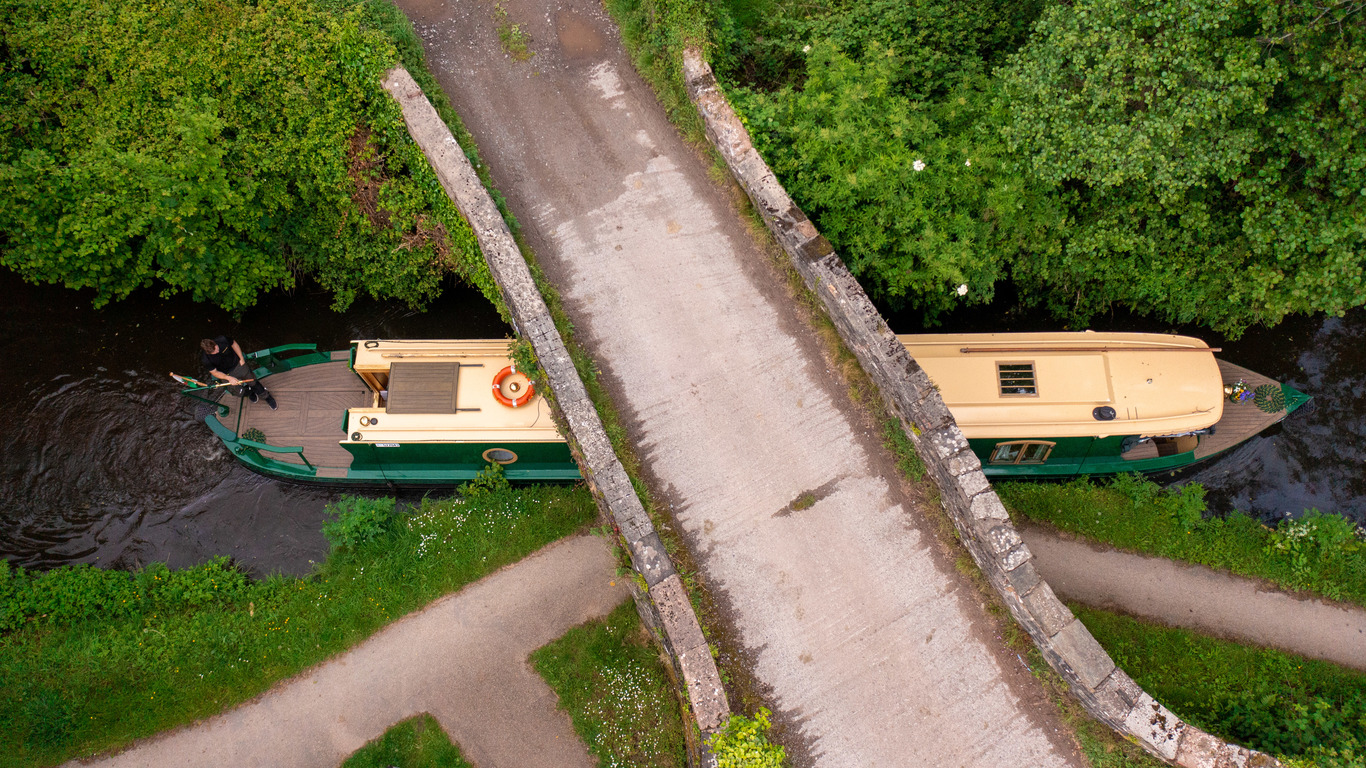 The tunnel signifies the final stretch of the navigable stretch of the canal, ending at the 5 locks. This final section of the canal was reopened at the end of 2021, so even if you’re a seasoned boater who knows the canal well, you’ll still find something new to explore. There’s plenty of space to turn around here but don’t miss the opportunity to visit the flight of locks or perhaps even walk the towpath as far as Newport. Hopefully, this section will be restored too, so you can take a boat there too.

So, here’s our challenge.  Cruise both sections of the Monmouthshire and Brecon Canal, North and South, on two separate holidays in one year, and we will give you a winter houseboat holiday in Llangattock. Simply tag us in your photos on social media @beaconparkboats or send them in an email to enquiries@beaconparkboats.com with your name, address, and dates of your holidays, and we will give you your houseboat holiday, free.