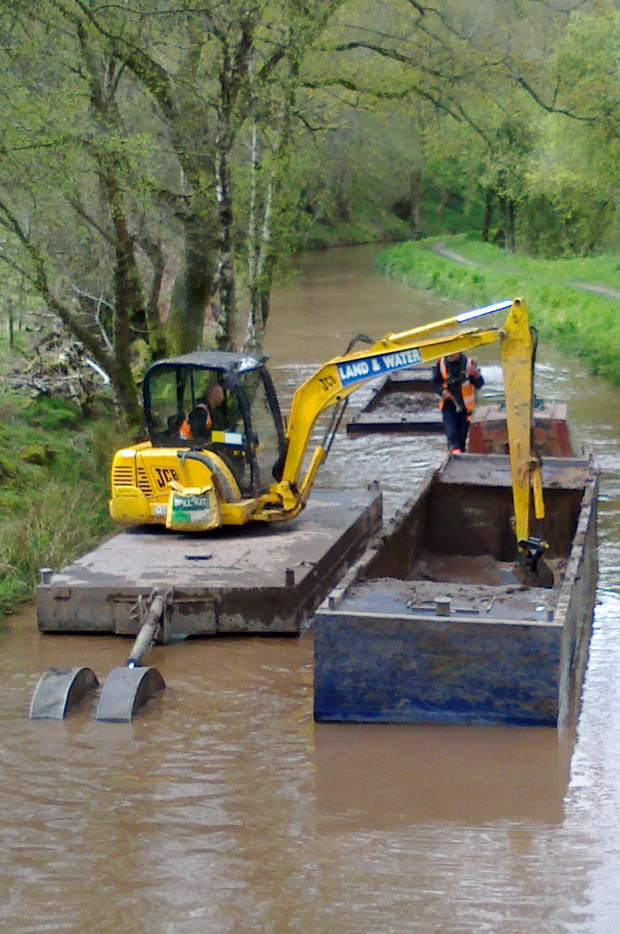 As you probably know, the Canal & River Trust (CRT) is the body that cares for the Monmouthshire & Brecon Canal, along with a further 2,000 miles of the inland waterway network across England and Wales. To maintain this important heritage structure in good working order is a constant challenge for Operations Supervisor Kevin Phillips and his team based at Govilon. They use a combination of innovative techniques and traditional skills.

In last winter’s planned maintenance programme, they had to carry out major works between bridges 47 and 55 near the southern end of the waterway. Usually this would mean de-watering a large section of the canal so they’d have to get all the boats moved and undertake a fish rescue (where the fish are caught and moved to a different section of canal). On this occasion Kevin’s team used portable flexible dams on either side of bridges 47 and 55 which saved a vast amount of money and resulted in the job being completed in a short period of time.

Looking ahead to the planned maintenance for winter 2015/16, the tasks are expected to include re-lining the aqueduct at Goytre Wharf, re-lining the canal between bridges 131 and 132 at Llangynidr and the construction of retaining walls near bridge 103 at Gilwern to support the new roads being built as part of the A465 dualling scheme. It sounds like it’ll be a very busy time!

It’s great to see that CRT is ensuring that the historic techniques needed to maintain this picturesque waterway are passed onto the next generation. Operations Supervisor Kevin Phillips now has two enthusiastic trainees on his team. Rob Weatherley and Kate McCulloch are working towards an NVQ level two in Heritage Waterways Management that will equip them with traditional skills in lime mortaring, stone masonry and carpentry. By learning the skills that were used to build the canal 200 years ago, they’ll help keep it running today. 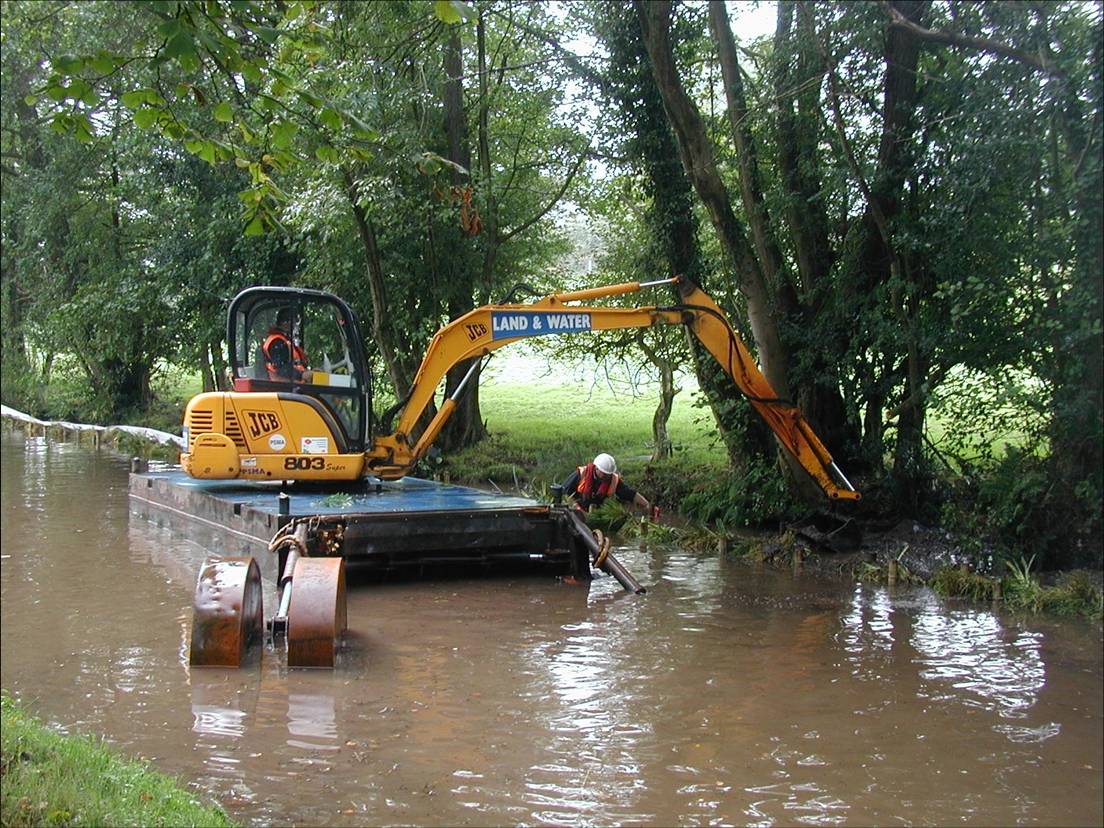 Dredging is a regular task on the Mon & Brec as silt builds up easily on the base of the channel due to its location. Rain water running from the hills brings soil into the waterway and leaves fall into the water each autumn from the trees that line its banks.

It’s crucial that this unwanted silt is removed to enable boats to move along the canal easily – after all, the maximum depth of the canal is just 3 feet. Using a floating dredger, the debris is cleared from the bottom of the canal, and a grader separates the waste into silt and stones. 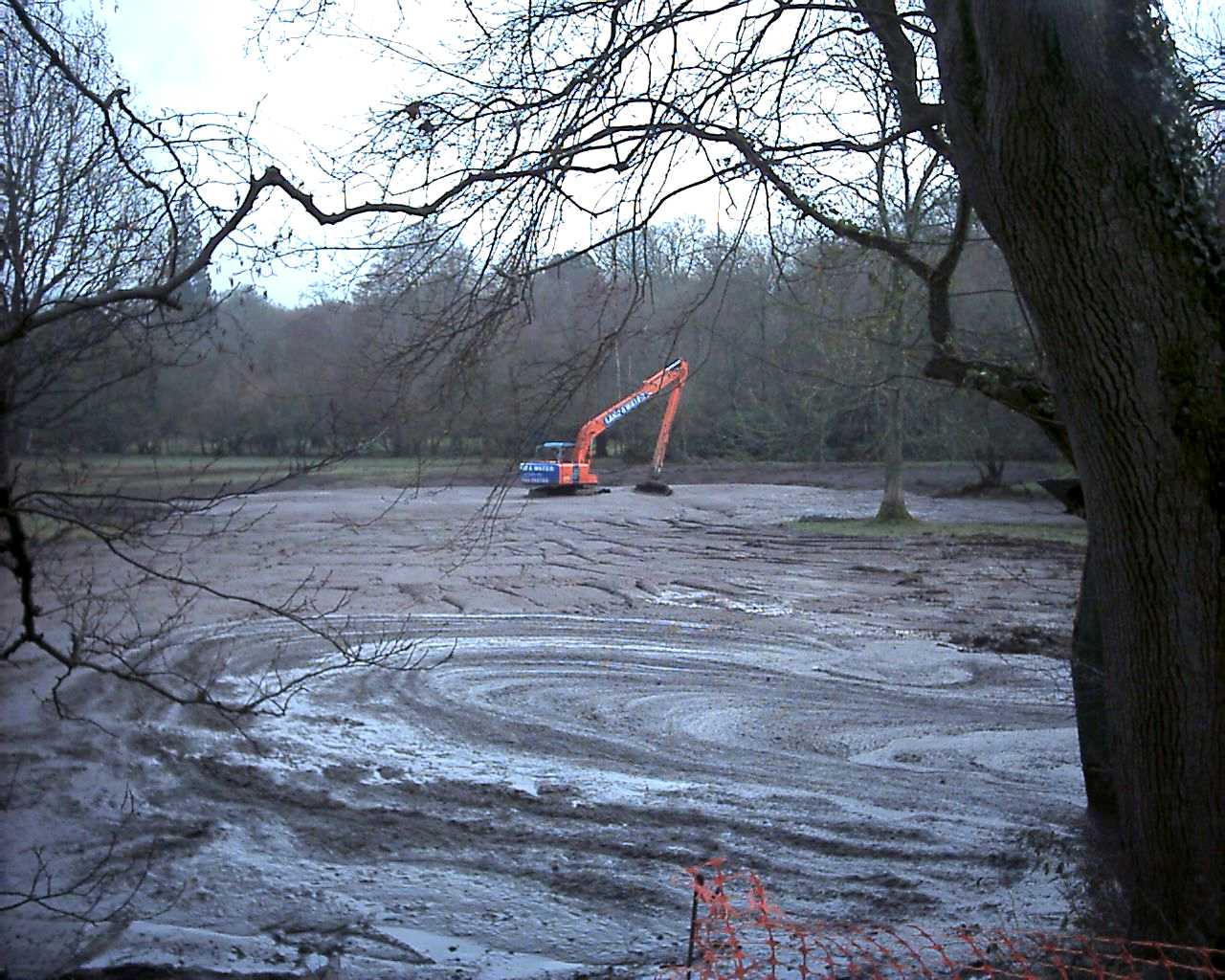 The fine silt is then spread on neighbouring farmers' fields, proving to be an excellent fertiliser. This process shows how sustainable management of the waterways can benefit everyone. In amongst the silt there are often some unusual items; recent finds include coins from the 1880s, a gold ring, brass shotgun shells and the expected old bikes and rubbish. Perhaps the most unusual thing to turn up was an entire bus stop sign including its 6 metre post!

We’ll return to the CRT team for an update in the winter. In the meantime, read more about their crucial work on the Mon & Brec.