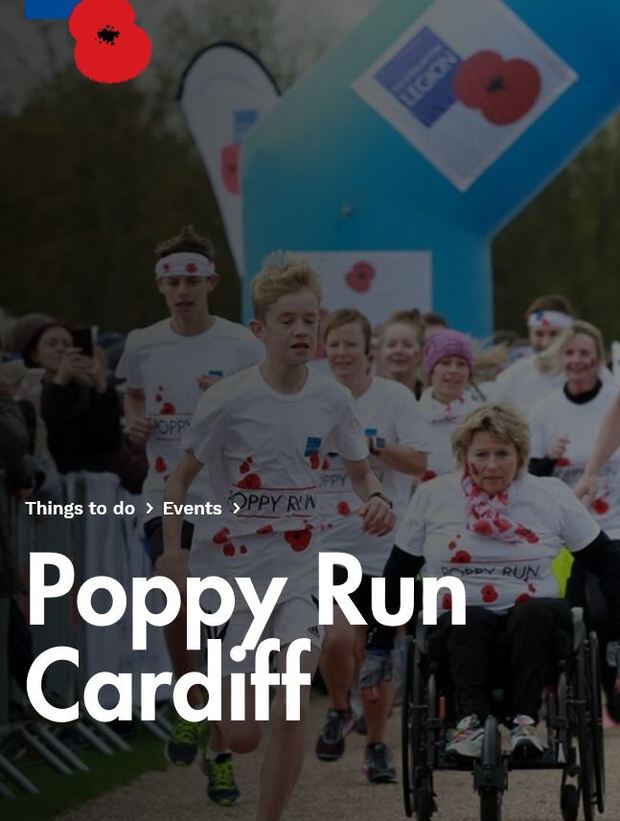 On Sunday 27th October, Alasdair is attempting to walk 5km unaided around Bute Park in Cardiff. It's the latest challenge he's set himself. He was overwhelmed by the support he received for his first post-stroke challenge last year - the epic CARTEN 100 bike ride. From that event, he raised a staggering £10,000.

Since then, Alasdair's been focussing on his walking and, with daily physio, he's pleased to report that he can almost walk. In his words, "It is not pretty yet, and I find it mentally and physically exhausting, but it is progress." So he now feels ready for another challenge, and has entered the annual Poppy Run in Cardiff, organised by the Royal British Legion.

Alasdair is walking to raise money for the Stroke Association and the Royal British Legion. He says: "By donating money to this cause, you’ll be helping people like me recover from stroke. You will also be helping veterans in the Armed Forces gain the additional skills and confidence they need to recover from the physical and mental challenges facing them." As the Royal British Legion states, “No one should have to walk the road to recovery alone. But together we are unstoppable”.

If you feel able to support this cause, please make a donation here.

With grateful thanks from Alasdair.