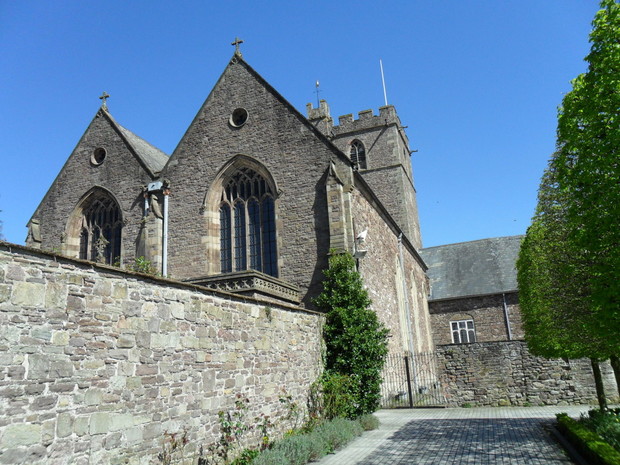 Building on the success of the 600th anniversary of the Battle of Agincourt in 2015, an interpretation trail has been developed to commemorate Wales’ Agincourt connections. The Agincourt Wales Trail links eight locations (including Brecon and Abergavenny), telling the stories of the people and places that played a role in the famous battle. Watch a video about the Agincourt Wales Trail, then explore the region using the downloadable leaflet. 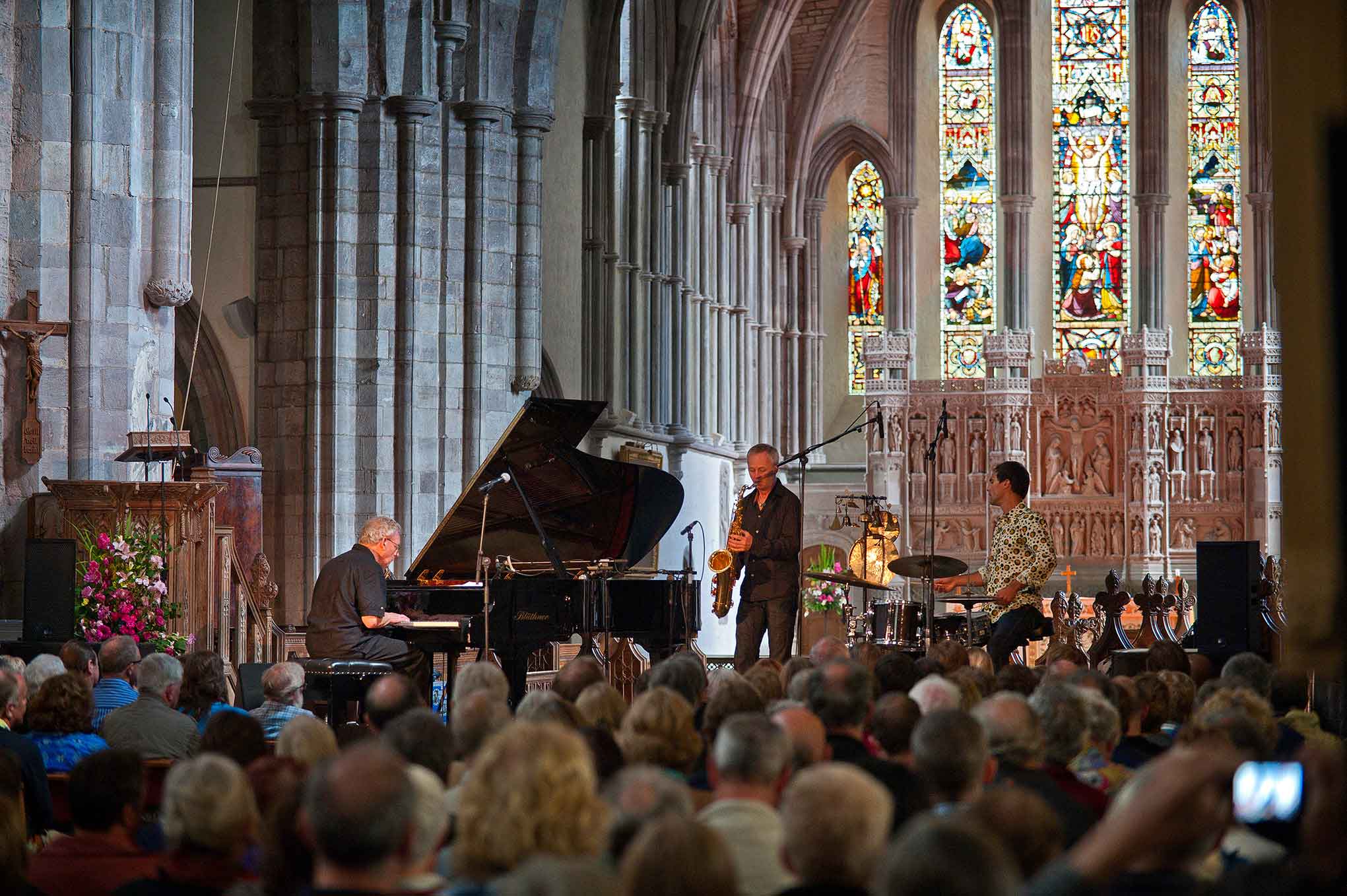 Henry V’s forces at the Battle of Agincourt included 500 Welsh archers and 23 men-at-arms. Of that number, 10 men-at-arms, 13 mounted archers and 146 foot archers formed the contingent from the Brecon area. The town’s Agincourt roots are still visible today. In Brecon Cathedral, (see image above) the stained glass window commemorates Sir Roger Vaughan of Bredwardine, who died fighting at the Battle, along with his father-in-law Dafydd Gam. Dafydd – or Davy – has family links to the Games Monument, a recumbent effigy of a female figure dating from 1555. In the Cathedral’s restored 16th-century Tithe Barn and Heritage Centre you can see a list of the names of local archers who fought in the Battle and also the stone used to sharpen their arrows. 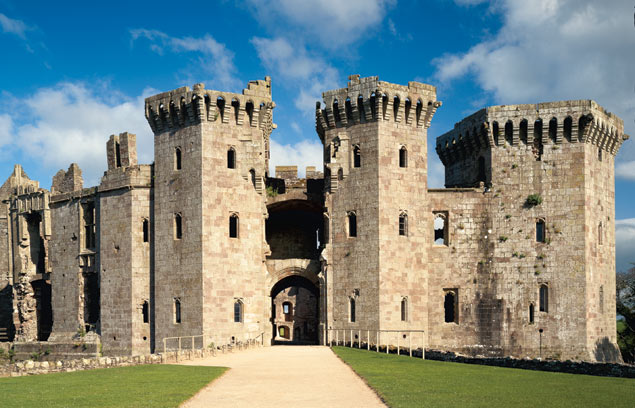 Local nobleman William ap Thomas fought alongside Henry V at Agincourt and was knighted in 1426 by Henry VI, becoming known as ‘The Blue Knight of Gwent’ due to the colour of his armour. The Steward of the Lordship of Abergavenny, William lived at Raglan Castle (see image above) and was responsible for many of the defensive improvements that can still be seen there today. William’s second wife Gwladys – known as ‘The Star of Abergavenny’ on account of her beauty – had Agincourt connections of her own. Legend states that her father Sir Dafydd Gam and first husband Sir Roger Vaughan, who both perished defending the King, were knighted as they lay dying. William and Gwladys are buried at St Mary’s Priory in Abergavenny, founded by Benedictine monks in 1087. St Mary’s is no ordinary church. The couple’s tomb is just one of its many important historic monuments. St. Mary's Priory is famous for its exceptional medieval sculptures which are reckoned to be the finest of any parish church in Britain.