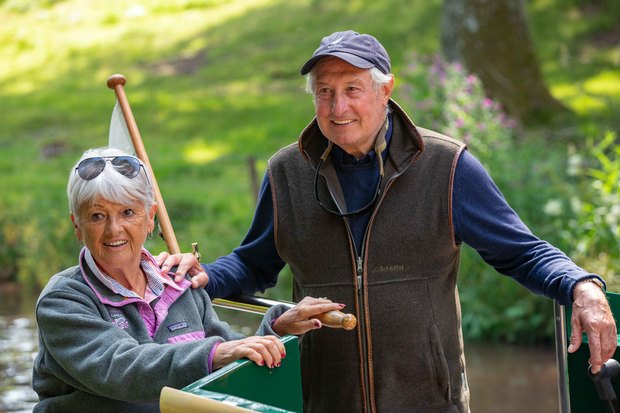 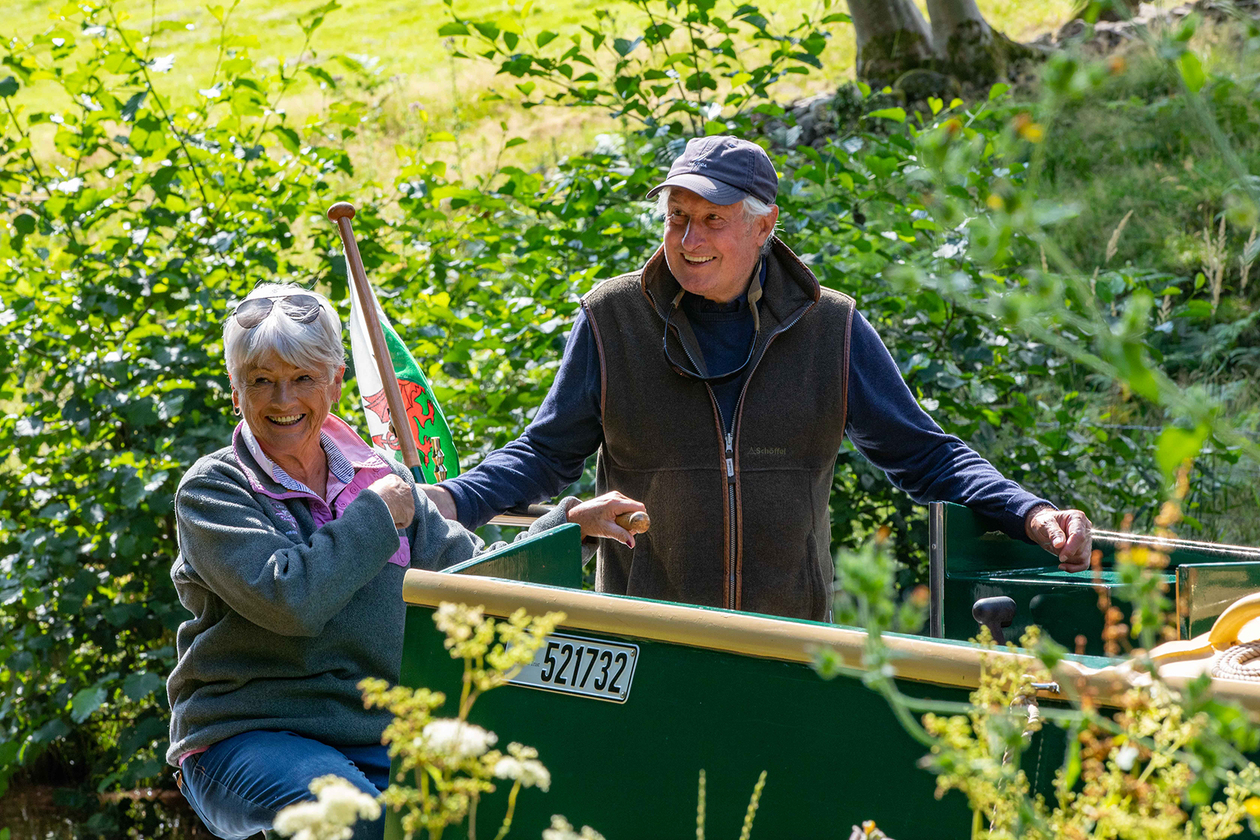 The “Gareth Edwards’ Great Welsh Adventure” TV series returned to Beacon Park Boats this week. The Welsh Rugby Union legend and his wife, Maureen, were back on the waters of the Mon & Brec Canal, filming another installment of their BBC programme, which last aired in Autumn 2019. This time, Beacon Park Boats owner, Alasdair Kirkpatrick welcomed them aboard Buzzard, one of our luxury four-birth boats for a cruise through the Llangynidr locks. 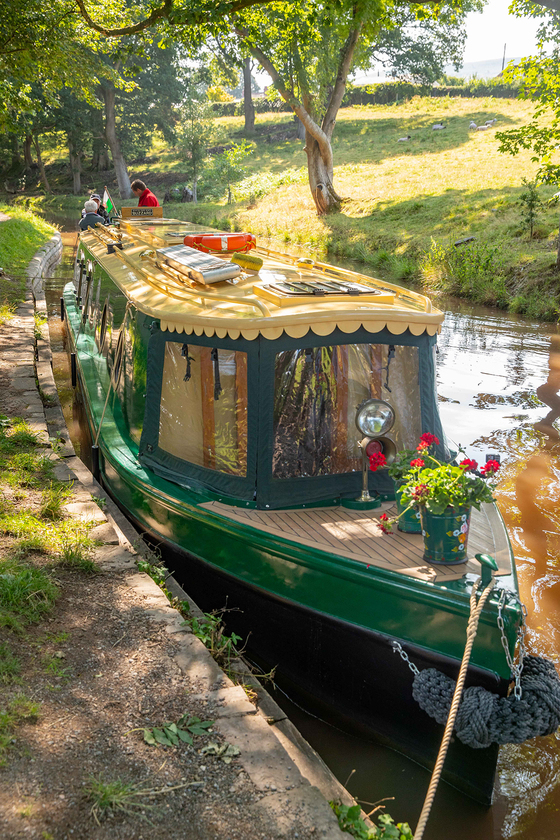 “It’s fantastic to be back aboard, there aren’t any other canal boats quite like this,” said Gareth when hopping aboard for the first time in almost two years. With a few helpful instructions from Alasdair, the couple were soon away down the canal, taking in the sights and greeting passers-by and fellow boaters. “Just stunning,” said Maureen after looking around the interior of the boat.  She was surprised to learn that Buzzard, like all Beacon Park’s boats, was handmade.

Although carefully instructed throughout the couple did run aground once or twice, though Gareth explained it was “all part of the adventure.” Maureen countered with: “That was your fault!”  The couple soon got their bearings and cruised along without a hitch, taking in the scenery while the BBC crew followed eagerly behind. 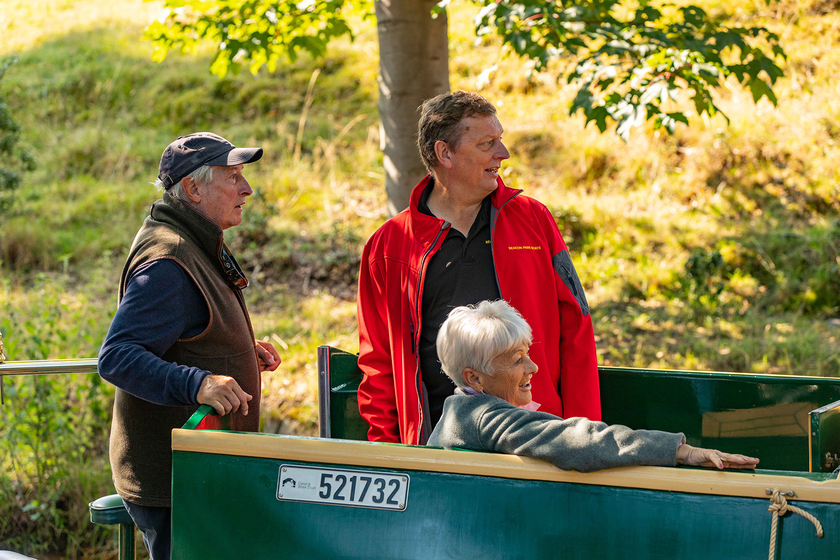 We’ll let you know when the series will be on BBC Wales as soon as we do.

If you would like to book Buzzard or another luxury canal boat, please visit www.beaconparkboats.com